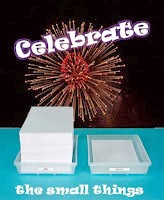 It's time to Celebrate the Small Things. Thanks to Vikki at Scribblings of an Aspiring Author for this blog hop. Join in!

This week was kind of ordinary. Nothing special to report. But I guess that's life---and a small celebration.

I have a nice weekend planned. On Saturday I have a date with hubby to see War Horse at Shea's Performing Arts Theater and on Sunday I will be at Talking Leaves Book Store for my second book signing. Wish me Luck.

What are you Celebrating this week?

Welcome to the MOONLESS Blog tour:

Blurb:  In the English society of 1768 where women are bred to marry, unattractive Alexia, just sixteen, believes she will end up alone. But on the county doorstep of a neighbor’s estate, she meets a man straight out of her nightmares, one whose blue eyes threaten to consume her whole world—especially later when she discovers him standing over her murdered host in the middle of the night.
Among the many things to change for her that evening are: her physical appearance—from ghastly to breathtaking, an epidemic of night terrors predicting the future, and the blue-eyed man’s unexpected infusion into her life. Not only do his appearances precede tragedies, but they’re echoed by the arrival of ravenous, black-robed wraiths on moonless nights.
Unable to decide whether he is one of these monsters or protecting her from them, she uncovers what her father has been concealing: truths about her own identity, about the blue-eyed man, and about love. After an attack close to home, Alexia realizes she cannot keep one foot in her old life and one in this new world. To protect her family she must either be sold into a loveless marriage, or escape with the man of her dreams and risk becoming one of the Soulless.

Unravel the mystery of the Moonless night! Hidden in each of the 8 blog tour excepts is a single word. Gather all 8 and figure out the sentence to win a free copy of Moonless. Send your mystery sentence to crystal@ crystal-collier.com with the subjuect MYSTERY SENTENCE before    , and you will be entered to win one of 10 copies of Moonless---just in time for Christmas. Happy Hunting!
Now for the Excerpt:
A body dangled from the rafters, several inches above the dirt floor.
Alexia’s scream froze in her throat.
Soft honeydew tresses spilled loosely over thin shoulders, the child’s eyes heavily-lashed and downturned. Her cheeks were blotched, wide, and white, contrasting with vibrant crimson lips. Scarlet skirts hung about the girl, like the bleeding petals of a rose, still as death.
Alexia swallowed. A child. She couldn’t be more than thirteen. Great wide irons looped her wrists, cutting wicked lines in the little one’s skin.
It wasn’t right. Disgust bubbled through her chest. She covered her mouth and hurried down the steps, anxious to rescue the body, or at least lay it to rest.
The girl’s eyes turned up. Brown, chocolate, swirling.
Alexia tumbled back. She thunked into the stairs and landed on her rump. Hard. She sucked in a breath. The little face watched her, expressionless, innocent, beautiful. Her stomach twisted. No one should be that perfect—not even in death.

Author Bio: Crystal, author of MOONLESS, is a former composer/writer for Black Diamond Productions. She can be found practicing her brother-induced ninja skills while teaching children or madly typing about fantastic and impossible creatures. She has lived from coast to coast and now calls Florida home with her creative husband, three littles, and “friend” (a.k.a. the zombie locked in her closet). Secretly, she dreams of world domination and a bottomless supply of cheese. You can find her on her blog and Facebook, or follow her on Twitter.

Posted by Cathrina Constantine at 6:42 AM