Instead of hanging with her longtime, usually called nerdy friends, sixteen-year-old Mary chose popularity, a choice she'd live to regret. Reveling in her newfound status, she attends her first rock ‘n roll party with the new boy, Michael Covington. It comes to a halt when she's blindsided in a dark bedroom, passes out, and wakes up in Michael’s car, bruised and beaten. The next day when the gym teacher detects bruises on Mary’s thighs and arms, the teacher is on the proverbial warpath to find the boy who did this to her. All Mary wants to do is forget the attempted rape ever happened, because kids can be cruel and her reputation is at stake.

After engineering an excuse for her black and blue marks, a traumatized Mary is summoned to the Principal’s Office. It appears the gym teacher had been investigating Michael’s past scholastic and police records, and all accusations of rape are leading to the boy she’s falling for, Michael. But even Mary doesn’t know who attacked her, though, she learns there’s much more to Michael than she ever imagined.

I hope you will be interested in this coming of age tale set during the height of the Vietnam War. Protests, drugs and a music revolution spurs a young generation to live riotously, “Cuz we’re all gonna die,” is proclaimed in my 70,000 word Young Adult novel, INCENSE & PEPPERMINTS.

Chapter 1: 250 words:
September 1969
The corners of my bedroom dulled to a muddy gray when my brother spooked me. He leaned, or rather, wobbled on my bedroom door. Glassy eyes floated in their sockets—high, again. “Whatcha doing, Sis?” Stevie’s words slurred as he wobbled.
My gaze slipped over his pasty chest sprinkled with wiry hair, past his jockeys to stick-like legs. Did he realize he was only wearing saggy underwear? Normally I’d say gross and mock him out, yet normally he treated me like a speck of toe scum.
“Nothing much.” Curious, I furtively tucked my diary into my sock drawer. Our parents weren’t home and our little sister was asleep in her crib on the side of my room.
“You need to grow up,” my older brother slurred again, “here, it’s party time.” Extending an arm and blossoming his fingers one at a time, like, he’d procured the magic solution. An ordinary aspirin was revealed.
“Uh-h...I don’t have a headache.”
“Hey, turd. It’s not an aspirin. Stop the nerd act and get with the program. Grow up.”
Our sibling behavior toppled into the belittling and ridiculing stage. Though I figured it was his uncanny gift of helping me? And yet, staring at the pill I was interested. Then a hootenanny of cymbals clashed as my sensible side screamed, You’ll Puke!—I hate puking—Wasn’t it only last week Stevie was tripping, heaving guts like a water hose.


An iffy shake of my head, rejecting his kind and strange offer, I tried simple logic to get rid of him. “Not tonight. Mom and Dad will be home any minute."

Thank you to the hosts of Writer's Voice Pitch Contest,

Monica Bustamante Wagner. Best of luck to All!!

Hop over to Lexa Cain's and add your name to the list for
this fun weekly post! Lexa's wonderful co-hosts are
L.G. Keltner @ Writing Off The Edge and
Katie @ TheCyborgMom

I'm celebrating great weather! It's been feeling more like

summer everyday, and my perennial gardens are

flourishing. No flowers, plenty of greens, but the peonies

are getting ready to burst open.

on it. I definitely need help in that department. I'm

supposed to keep The Pitch up until June 1st, though,

after reading some very powerful and awesome queries

There's many incredible writer's out there!!

so now I lost all the comments. Oh Well... 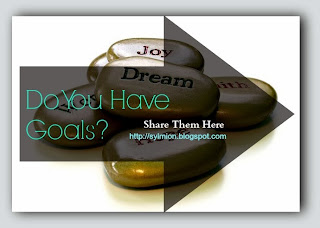 Do you have dreams and goals? Hop on over to Misha

Gericke's, The Five Year Project, and join in this monthly

But I did accomplish a big goal. On September 19th my

second book for the year, SNOW ON CINDERS will be

released.
Posted by Cathrina Constantine at 12:00 AM