New Release: Descendant by L.J. Amodeo & The Writer's Voice Pitch in Below 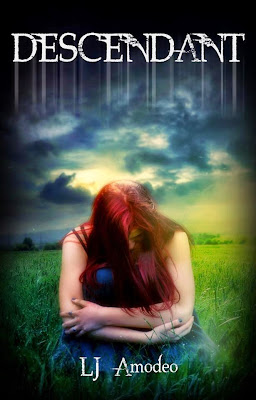 A forbidden love, a sacred bloodline, and a powerful gift, plagues the last remaining descendant with an unspeakable burden and an unforgivable fate. Seventeen-year-old Elizabeth Anne Morgan is no stranger to the paranormal world. Haunted by voices and visions for most of her young life, she begins to question her sanity as a teen, setting her apart as an outcast in school.

In quatrains and sacred manuscripts, a Chosen One is prophesied, yet Elizabeth does not know she is the descendant of the holiest woman who ever walked the earth. The whispers and cries, meant  her mind only, are those of lost souls pleading to be liberated by the true holder of the key.

In her senior year of high school, Elizabeth meets two strangers, both who know her secret and who turn her world upside down. Meanwhile, her only friend Freddie, loyal, devoted and secretly in love with her, stands quietly in the shadows of her life as she begins to unfold the mystery of who she is destined to become.

Title: Descendant
Series: Book One
Genre: YA Paranormal Romance
Release Date: Tuesday, May 26, 2015
Publishing House: Crushing Hearts and Black Butteryfly
Book Trailer:https://www.youtube.com/watch?v=hq7oyHS9wtM
EXCERPT:
Another morning, another night with the same dream; my father applauding my performance of Beethoven’s Silence. He sat beside me on the bench of the baby grand, clapping exuberantly and cheering, “Bravissima!”  I could almost feel his lips brushing over my hair as I sat there staring out my window. I missed him. Not a day went by that I didn’t feel his absence, in my heart, and in our home.
Feeling sluggish from a restless night’s sleep, I thought about my father, reliving the last time I saw him. Remembering him as the kind, loving father who had nurtured me as a child, got harder every day. My memories now, were of a man who shouted obscenities instead of praises. A man who had lost his mind. Terrifying me, until I felt broken. The man who walked out on us almost eight years ago, no longer resembled the one I called Dad. He became a stranger, yet he still haunted my dreams. The ghost who lingered in my mind and soul. A burden I wondered if I could handle much longer.
About the Author 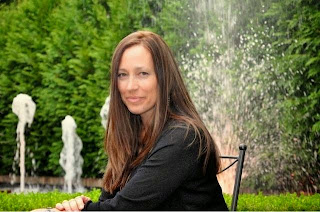 LJ Amodeo was born and raised in New York. A wife and busy mother of three, she juggles many jobs as a devoted NYC middle school foreign language teacher, owner/founder of BizzyMom Productions, and author of the Descendant Series. LJ, always had a flare for writing and attended St. John’s University with hopes of someday becoming a journalist. However, her passion of working with adolescents, inspired her to become a public school teacher. She always knew that working with kids would be her greatest reward and joy.

LJ first started her writing career on a whim of imagination, subliminal messages in 2009. She is enthusiastic about her first novel DESCENDANT scheduled to come out in the spring of 2015. Long hours and many sleepless nights, her thoughts are transcribed into this high paced, dark young adult/crossover paranormal romance. This epic novel is the first book in a series. Book two, THE CONCEPTION will be released late summer, 2015.