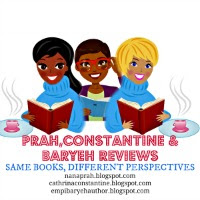 Welcome to my blog. How's your summer stacking up so far? Reading any great books?
This month we reviewed
SECOND CHANCE MARQUESS by Jessica Jefferson. 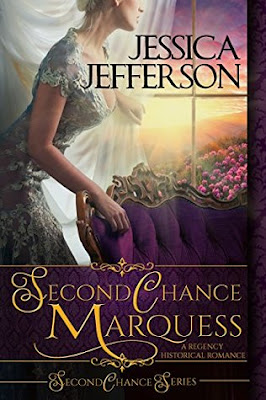 A beautifully told Regency tale about second chances for love....
When Wilhelmina Turner’s younger sister runs off with a young Lothario, she has no choice but to turn to the notorious rake who broke his promise and her heart, for assistance. George Bartlett, the Marquess of Chesterton, hasn’t forgotten the woman who hurt him so many years ago, but can’t deny her request, knowing that his brother’s reputation and fortune is at risk. A series of misfortunes leave the straight-laced widow and committed bachelor stranded, sharing both close quarters and old secrets. But when morning comes, will this unlikely pair find a second chance at love?

I should read Historical Regency more often, because I am enamored with that time period. Gallant nobles, dastardly rakes, and pomp and circumstance. Where a woman had to contend with a rigid, straight-laced decorum or lose their reputation.

Jessica Jefferson's SECOND CHANCE MARQUESS is a delightful read. I fell for wealthy and handsome George, the rake, immediately. When the couple are reconnected after ten long years, "Willie", as he calls her, tries to live up to her aunts high standards. The reader learns, the twosome were quite an item, to the point of marriage, but something broke them apart which the author astutely hides until further into the book. There was a confession of Wilhelmina coming close to death after their break-up. Subsequently poor George was shot, and was in the stages of healing when Willie marries another man, breaking his heart. However, I've read enough books to guess the reasoning for their separation. To me it was quite transparent. Yet, it hardly detracted from the romance, I wanted to read more. After they band together to search for her younger sister and his brother, the steamy thawing of hearts and bristling love is quite scintillating. I might be cheesy but I love a happily ever after. And SECOND CHANCE MARQUESS didn't disappoint!

Head on over the read Nana Prah and Empi Baryeh's review.
Posted by Cathrina Constantine at 12:00 AM