Thanks so much for having me, Cathrina! And thanks for stopping by, you guys!

According to a poll by Best Fantasy Books HQ, Fantasy Readers like: a longer series, about a coming of age story, set in a more realistic world, with dragons! CRADLE ROCK fits all those categories! Woohoo!

But before you start your trendy new fantasy series, let me give you some more interesting thoughts on

Though the popularity of fantasy and its plethora of sub genres has taken off in recent years, keep in mind it is a slow and rocky start. Consider how many rejections JK Rowling received for her incredible, world-breaking manuscript. And GAME OF THRONES was published in 1996, but didn't become a bestseller until fifteen years later! And mostly due to the HBO series bringing it to life - which has sparked a fantasy revolution! Consider the many shows out right now in a fantastical setting, like the very popular Stranger Things - I haven't seen it yet, but I hear I'm missing something big!

So how do trends start?

They start with fantastic writing! It's a well-told story and amazing characters. I think novelty has something to do with it as well. And once a new trend is discovered, many others are inspired to write similar stories with their own slant (from Vampires to Dystopian to Zombies...) It's been going on forever!

Here are my thoughts on the latest trends in fantasy... or how to create your own!

All things considered, I think the trend in fantasy is to become more real, more believable, more depressingly dark and disparaging - more like the world around us! And magic, in whatever form, is that spark of hope, that color in a black and white scene. But deep in the story, we discover it's not really the magic, but the goodness inside a person that gives us hope and a happy ending, even if it's a tragic one. I think that fantastical theme will never die.


Do you like Fantasy novels? Do you prefer a low or high setting?

What mashup would you like to hear a story about?

Which trend are you digging? 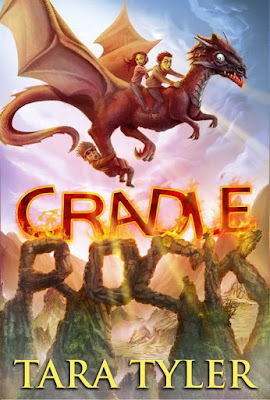 Welcome to the forest.

Gabe and his girlfriend Ona are headed in opposite directions for Spring Break. After finding out humans might be a real part of their history, Ona is determined to dig up evidence of them in the mysterious mountains at Camp Cradle Rock. Being a logical goblin, Gabe tries to talk her out of it, but there's just no reasoning with a stubborn ogress.


When Ona goes missing, Gabe and his friends fly to Cradle Rock to search for her and discover a village of trouble, igniting an age old war. His physical skills may be lacking, but Gabe won't give up. With the help of his diverse group of friends, he will find a way to save his girl and maybe all beastkind. Humans, bah!