Ms. Jelic lives in Ontario, Canada. A member of the Romance Writers of America and its chapter Fantasy Futuristic &Paranormal, as well as Savvy Authors. She writes contemporary fiction--which leans toward the paranormal--and adds a pinch of history. Her characters come from all walks of life, and although she prefers red, romance comes in many colors. Given Jelic's love for her native Croatia and the Adriatic Sea, her characters usually find themselves dealing with a fair amount of sunshine, but that's about the only break they get. 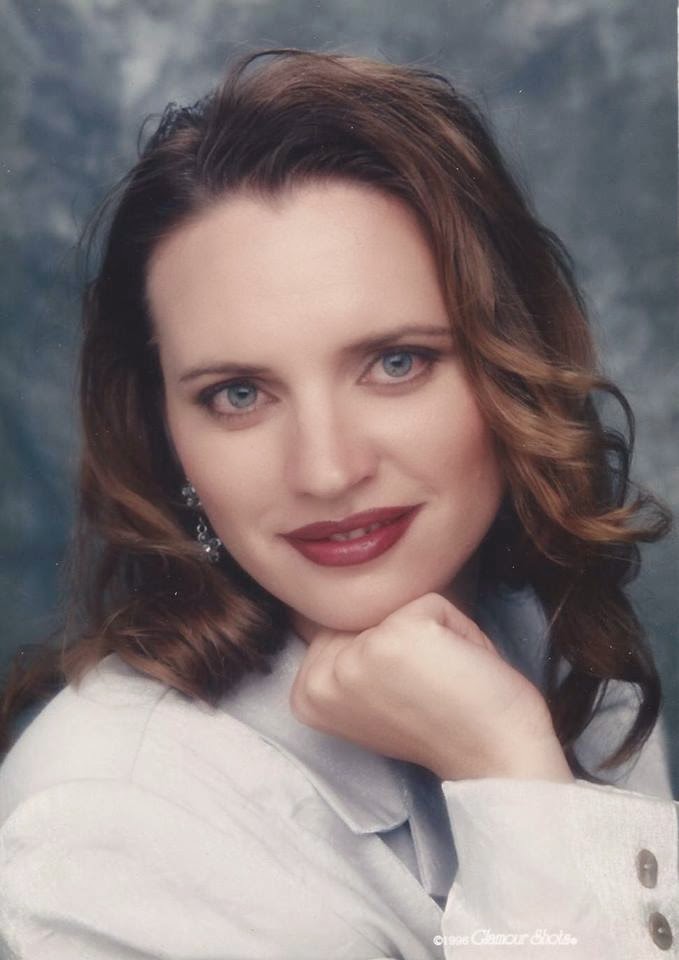 Zrinka, do you have a favorite writing spot?

Not really, I like my couch and I need to be close to the wireless signal booster. Even then I lose Internet connections up to 29 times or more per day. As long as I have my music, I can write anywhere. Except Starbucks!  I don't know how some people can write in Starbucks. Just looking at the treats behind that glass makes my mouth water. Then there's a constant sound of beverages being prepared and barista yelling orders, it's just a chaos.

What are some of your pet peeves when it comes to your writing process?

I don't think I have any. With full time job, family and other stuff, my writing time has shrunk and I can't waste a single second on pet peeves. Once I'm settled in for an hours or so of writing, I keep going without stopping. Often I forget about time and when I glance at the clock, I gasp at the time. And kids are still up too. On a school night. So I have to save what I've done and then it's a mad rush to get through the bed routine and off to sleep.

What do you enjoy most about becoming an author?

I can't say fame and fortune. Maybe someday. I like that my work is out there for everyone to see. I'd like to think that perhaps my books inspire someone to write, or to become a better person or to do good while on this planet. I read a quite on the Facebook that sums it all up. "Someday you'll be nothing but a memory to someone. Make it a good one." So how would you like to be remembered? I can say that I cross paths with a few individuals who didn't make a good impression on me, but I rather remember persons who inspired, encouraged and acknowledged me.

What genres do you write?

I write romance. I'm published in paranormal and historical romance. Paranormal aspect is fairly mild. I don't like books that are bogged down with too many things like vamps, wares, angels, other types of immortals either from other legends, cultures or made up. It's hard to keep the score. As in life, a bit of mystery is all we need.

Can you tell us what you're working on at the present time?

I'm working on "Rose of Crimson", a prequel to  "Bonded by Crimson", my debut novel. Both books are stand alone, so no you don't need to read them both to know how things end, but it would be nice. Rose will end with HFN with Bonded ends with HEA. I'm about two chapters away from writing in THE END and can feel excitement building. But I must curb it down. This is the stage I usually tend to rush to get to the last sentence. And we all know what rushing does to our writing. Those who are critiquing and beta reading this book love it, I can only hope this love will carry onto the readers.

What are your future writing goals?

New story ideas pop in my head all the time, but I'm torn between starting a suspense romance or another paranormal. I can't concentrate on both books at once though I tried that while I was working on Treasured Chest and eventually Treasured Chest won over the Rose and I put Rose on the back burner and in the meantime wrote and published "Love Remains". Funny how that worked out.

Can you give any advice to aspiring author's?

Many new authors say they read works of big names authors. And yes, imitation is the highest level of flattery but writing styles cannot be imitated, or duplicated. Each of us has to find our own voice. One thing to keep in mind, many of the authors wrote decades ago. Fiction writing changes all the time. Let's take Tolkien for example. In his works you'll find what's by today's standards beginner's mistakes. Head hopping from paragraph to paragraph, telling, very little showing if any. If he was to submit his works to the publisher today as a beginner writer, he'd receive many rejection letters. So what's my advice? Lean the craft. Writing is a solitary work, but you don't have to do this alone. There are countless writing groups you can join, critique loops, workshops and literature (books, blogs, magazines)  on the subject. Use them. 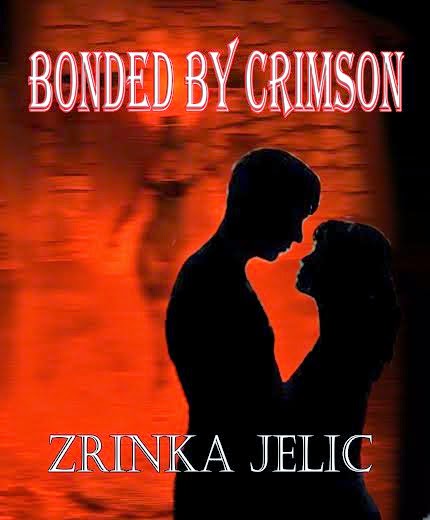 BLURB
Love isn’t in the cards for her…

After her short failed marriage, Kate tries to rebuild her life and takes a position as a nanny to three small boys. She quickly grows to love them, but their father, terrifies her, while igniting a passion she didn’t know she possessed. Disturbed by his distant manner with his sons, Kate struggles to make him more involved in the boys’ daily lives. Her efforts are mysteriously supported by an entity that cannot really exist. Or can she? And if she does exist, is she really trying to help Kate, or just take over her body?

But when he deals the hand, all bets are off…

Six years after his beloved wife passed away, Matthias is still trying to become the father she wanted him to be. Not an easy task for a three-centuries-old immortal. His search for the ultimate nanny ends when Kate Rokov stumbles to his home and into his arms. The immediate attraction he feels for her seems like a betrayal of his dead wife, a love he’s harboured for over three hundred years. But when Kate is stalked by a deadly stranger, life he clung to in the past begins to crumble and break down. Can Matthias learn to trust and to love again in time to save his family from disaster, or will his stubborn pride destroy everything worth living for? Black Opal Books, Amazon. 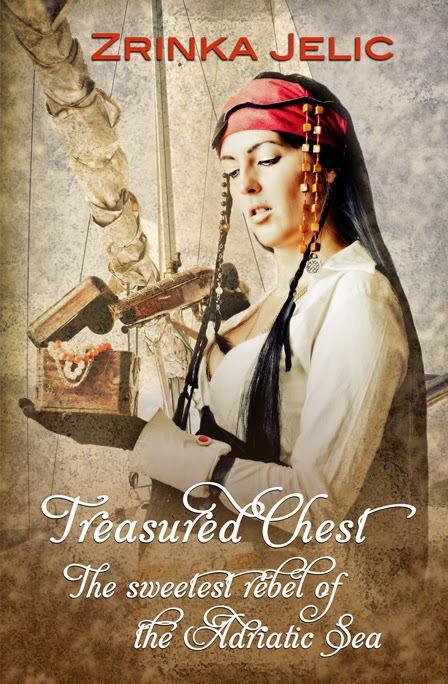 The last thing Captain Sirena expected to find on a desolate island was...him!

When Carmen Ventura takes up her post as commander of the Strega, she becomes the new Captain Sirena, the legendary pirate most people think is just a myth created to scare children. Her first quest is to search for the “treasured chest” hidden by her predecessor. But before she can even begin the hunt, she runs into Marko Lucin, captain of the Levant and Carmen’s most insane adventure yet.

How can the most beautiful woman he’s ever seen be a bloody pirate?

Never one to pass up an adventure, especially where pretty women are concerned, Marko finds his ultimate challenge in Carmen. Not only does he fall for her courage, spunk, and intelligence, but the lady pirate can also help him get what he wants—the famous treasure everyone whispers about. His only problem—how long can he play the charming captain before she discovers his true intentions?
Black Opal Books, Amazon 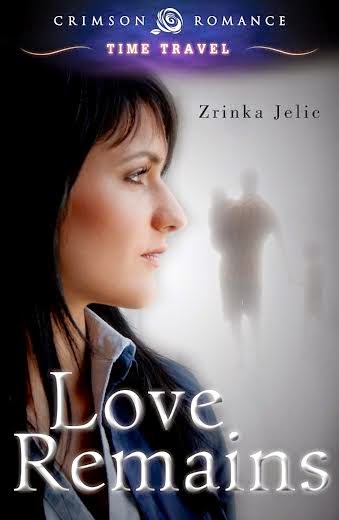 Blurb: Olivia Owen, a busy, single, high-functioning, corporate executive officer, is not afraid to die a spinster for the sake of her career. But in an alternate reality world, bridged by the angel of her Down’s syndrome sister, she meets Tom Medar, a dedicated, Croatian defense attorney who dreams of the right woman, but never has time to find her. Together they foil an adulterous murder plot while discovering there’s room for love and family in their busy lives—but not before they are separated again.
When they awaken from their alternate world, will they be able to cross countries to find each other again?
Amazon 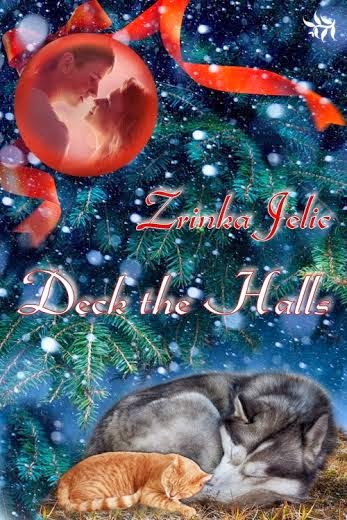 Blurb: It isn’t the string of crappy jobs, or people’s irrational urge to spend their money, or even his inability to ask Julie out on a date that Zach can’t get excited about Christmas. It is the fact that today is his last day he gets to spend in his preferred human form. When jealous Tia, a wicked sorceress disguised as the pack’s alpha female, tries to force his wolf out a day early, all-consuming anger sends him into a rage against her. She punishes shape shifter Zach, by changing him to a dog. He has 48 hours to save his family and trade his life for someone else’s in order to break the spell—the only problem, Julie’s cat Miss Molly knows who he is and won’t let him near her owner. But Julie’s safety is the greatest importance and he sticks by her side. Julie can’t resist falling in love with the stray dog she rescues. She prolongs putting a found dog ad in the local newspaper just to keep him for another day. Strange thing is, the animal reminds her of Zach.

Confronted with the woman who stole the man she secretly loves, Julie discovers the truth about Zach. When his dog form proves useless against the powerful alpha werewolf, the help comes from unforeseen allies.   Amazon
Posted by Cathrina Constantine at 10:15 PM