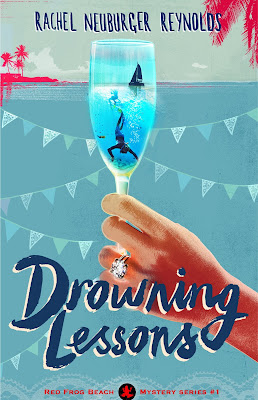 You are cordially invited to a destination wedding to die for...
Welcome to Bocas del Toro, a remote chain of islands off the Caribbean coast of Panama. Five days of glorious sun and lush rainforest await the forty guests celebrating Bridezilla Olivia’s dream wedding—but will a murder sink the catered affair? Before anyone’s got time to start working on a tan, an unfortunate snorkeling accident eliminates a member of the wedding party. Maid of honor Lexie Marino smells trouble, and is thrust into the responsibility of investigating, needing to solve the case before her bestie’s trip down the aisle gets tropically derailed. The show must go on.Lexie’s a little too tall, a little too awkward, and a little too brokenhearted, but she’s determined to nail the real killer. Can this unlikely sleuth stay afloat as she’s hit by wave after wave of wildly entertaining characters, including an alpha bride, surfing detectives, and a high school flame long forgotten? You’ll find yourself laughing until the very end of Drowning Lessons, a debut cozy mystery that makes the perfect beach read. Rub in some coconut oil, dangle your feet in the crystal-blue waters of Dolphin Bay, and sip a cool drink as Lexie discovers the deductive superpowers she never knew she had. Let the party begin!This is the first book of five in the Red Frog Beach Mystery Series. For information and updates please visit RachelNeuburger.com

What was your inspiration to write this book?

I love beach vacations. I was on a snorkeling trip and got out of the water early. I believe it was because sea turtles were hanging out, but everyone was very still and wearing the same life vests. I thought, ‘Isn’t that the makings of a perfect crime.’ I’d thought about it for years.

Who was your favorite character to write and why?

For me the wicked ones are always the most fun to write! One of my favorites was a woman named Max, who is a British overly confident aristocrat. I was able to be very outlandish with you.

Have you experimented writing in other genres? If so, which one(s)?

I have. I’m also a produced playwright. A play called The Silencer was produced in Edinburgh and New York. A different play called Nepenthe was produced in London. The plays are more on the dark side. My cozies are much more fun; comedy and suspense is my favorite combination.

Do you have any writing projects you are currently working on?

I’m currently working on the 2ndbook in the Red Frog Beach series called The Wipeout Affair that is coming out in late August. I plan to have five books in this series.

I also am developing a The Evelyn Bay Murder Mystery Series, which takes place in a fictional small town on the North Fork of Long Island. The plan is seven books with that one. Looks like I’ll be busy for a while.
What advice would you give to someone who wants to become a published author?

I would tell them that it’s a long journey. I’m also a writing coach and many folks think they’ll write a few drafts and the book will be published in six months. It’s not easy, it’s not fast, and it’s not a get-rich-quick path. I always apologize for being a downer, but I like to let people know what they are in for.

What was one of the most surprising things you learned while writing your books?

There’s a line in Drowning Lessons: “However you dress it up, your book is you.” I’ve written from the point of view of a 32-year olds ex-chorus girl, a 1961 Hollywood socialite, and a fraudulent ghost hunter. I’m clearly neither! As much as I try for pure fiction, there’s an undercurrent of my present situation and little anecdotes pulled from the past.

Do you listen to music while writing?

Constantly. I always have a 4-5 hour playlist I make for each project that I listen to on repeat. I’d venture to guess that the repetition sometimes drives my husband nuts.

What is the best advice anyone has ever given to you?

I asked a fellow writer what to do when you have to get from one exciting part of a book to the next, and the interim part is really lacking. It sounds like obvious advice, but he said, “It it’s boring you, it’s boring everyone. Think of the most exciting thing that could happen next and throw that obstacle in.” It saved the book I was writing and gave me some of the best scenes in the book.

What is your favorite line from a book?

“There are all kinds of love in the world, but never the same love twice.” – F Scott Fitzgerald

What hobbies do you actively pursue?

I’ve said that 2019 is the year where I start learning all the things I’ve always wanted to do and haven’t. I asked my husband for a guitar for my birthday and have been taking lessons since January and am having a great time. Next thing I learn will be swimming, and then how to speak French. Wish me luck! 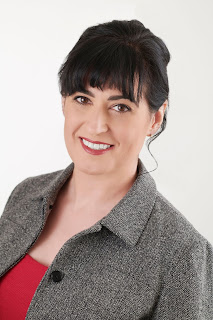