I asked Tara to explain Teen Dating in the Beast World:

Beast World is all about teenagers - though they happen to be beasts, they have the same problems as human teens. It's a rough time of everyone's life! 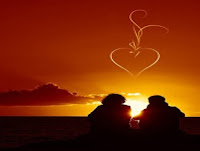 Dating - the process of getting to know someone to find a compatible mate.

I desperately want to tell my teenage boys this advice...

But I can’t. First off, it’s so embarrassing, for them! Also, they won’t listen. Mom has no idea what she’s talking about. And lastly, they really do need to experience it for themselves.

Unfortunately, they are more like my husband and I, nice kids who get their hearts broken more than do the breaking... So, if my nice boys can survive dating the not so nice girls, and learn from their experiences without hardening too much, hopefully they will find the right nice girls to settle down with who will be like the daughters I never got to have!

Teen Dating in Beast World is not much different, still a hairy mess of emotions, assumptions, and misunderstandings! Inter-species dating, just like inter-racial dating, adds one more level of difficulty. But as we grow as a society, that difficulty fades. Never let others define you or your relationship. It’s really about the person inside.


Thanks for having me at your place for my release party, Cathrina. It's been fun hopping around!

What were you like as a teen? Or would you rather forget?

Tara, I was shy and introverted until I hit the prime age of seventeen and then I was one wild Teen!
Congratulations and wishing you much success with
CRADLE ROCK!!

WELCOME BACK TO THE FOREST!

Gabe the goblin just saved his town Broken Branch Falls from splitting apart. He also revealed that humans--horrible creatures of myth and legend--may actually be part of their history! But seriously? Nah!

Now Ona, Gabe’s girlfriend, is headed thousands of miles away to Camp Cradle Rock for Spring Break seeking evidence of humans. Gabe knows better than to tell a stubborn ogress she’s crazy, so he’s letting her go and spending the break at the beach like a normal teenage beast. And he’s determined to have a good time without her, whether he likes it or not.

But when Gabe hears Ona went missing, he and his friends set out for the wilds of the west to find her, no matter what dangerous creatures get in his way. Not even humans.


Check out the Book Trailer!

I'm also giving away signed copies of Broken Branch Falls and Cradle Rock, some Beast World swag, and a $20 GC!