The hardest part of any remodel is avoiding the studs...

Danielle’s got three months to make her Grandmother’s rundown Craftsman house livable. Her game plan is to get in, get grubby, and get back home to L.A. She needs a carpenter, and her best friend’s younger brother is a good one. It’s hard to ignore the buffed body under Ryan’s paint-splattered sweatshirts, but her friend declares he’s off-limits so Danielle reluctantly agrees.

Ryan doesn’t have the cleanest record, anyway. His recently ex-ed girlfriend wants him back, and he has a reputation for brawling. He’s also had a crush on Danielle since he was a kid. Despite their nine-year age difference, he knows she’s worth pursuing.

Soon the paint under Danielle’s fingernails starts feeling more natural than the L.A. sunshine. She’ll have to navigate plumbing disasters, money problems, and one seriously cranky best friend to find something she hasn’t had before: a real home, and a man who loves her. 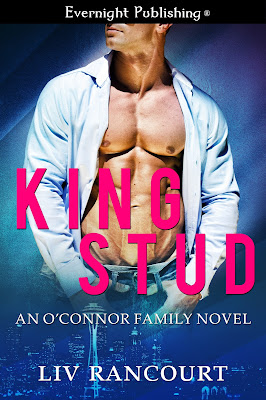 “Right.” Ryan flipped the ice pack from one hand to the other. “Why’d your grandmother leave you the house?”

“Because I’m cute.” She scraped back a stray hank of hair, her smile as blank as she could make it. Danielle suspected her grandmother had left her the house because it had always been her safe place, but Ryan didn’t need a rehash of her poor-little-rich-girl saga.

His eyes still held a question, but after a moment he nodded and stepped farther back. “Let’s get those boards.”

They carried in the two-by-sixes, silence buffering their actions. Over the weekend, Ryan had widened the doorways on either end of the dining room, though the rough edges needed to be enclosed in trim. Once they carried in all the supplies, Ryan stroked the molding she’d sanded. “Nice work with these.” A half grin showed off his dimples. “This place is going to be sweet when we get it done.”

“I’ll take your word for it.” She went over to the kitchen sink, looking out over the old wooden porch to the Puget Sound. A single light moved across the blackness. “Was it hard to open up the doorways?”

“Just had to work around the king studs.”

I bet I could work around your king stud just fine. “The what?” Danielle broke out a super-plastic smile, hoping Ryan couldn’t guess what was on her mind.

“The extra support beams framing the doors and windows.” He glanced at her, doing a quick double-take. “What?”

She dredged up willpower from some deep internal source, in need of every shred to keep pretending he was just a remodeling buddy. “Nothing.”

“The homeowner’s always right.” He chuckled and headed back into the living room. “If you’re happy with my work, next summer you can hire me to rebuild that nasty old porch out back.”

Danielle’s feet stuck as she got a sudden visual of Ryan, shirtless and sweaty, working in her backyard under the sun. By the time she could move again, he had his jacket on and was headed for the front door.

“Well, thanks for dropping stuff off,” she said.

“Need more ice on my shoulder.” He paused with his hand on the doorframe, assessing her with that perfectly controlled heat, an expression way too grown up for only twenty-four. “I’ll swing by tomorrow and work on the trim.”

Her fluttery response demonstrated all the maturity of a teenager.

“Oh, and while I’m thinking about it, Mom said to make sure you know you’re welcome to join us for Thanksgiving dinner,” he said.

Since she couldn’t hug Ryan, Danielle hugged herself. “Really? That’d be awesome.”

“Maeve didn’t mention it, did she?”

“No, but it’s not the night before.” She laughed, because Maeve had always sucked at planning things in advance. Her laugh made Ryan laugh, and then things were better.

When Cathrina and I were first chatting about this post, she suggested I write something about how the book King Stud came to be.  “Oh sure,” I thought. “I can do that easy.”
Sure you can, Liv.
The problem is, I have no actual memory of how I came up with the idea for King Stud. I do know that sometime in the early spring of 2013, I sketched out the opening scenes for a story involving a woman who inherits her grandmother’s Craftsman house, and hires her best friend’s younger brother to help her fix it up. I know the date because I blogged about it HERE in this Six Sentence Sunday post from April, 2013, and I can remember thinking “If I put this up on the blog, I’ll HAVE to finish it.”
Because public exposure is very motivating.
One of my other motivations might have been Old House Envy. See, I’d love to live in a house that was built sometime in the 19th century. My husband, on the other hand, is a contractor, and when we bought our current house he insisted on things like a solid foundation, an intact roof, and updated plumbing and electrical systems.
Whatever.
We compromised on a house built in 1948, which has its quirks and charms, but it’s not a 1920s Craftsman.  And since I can’t live in an old house, writing a book about one gave me an excuse to spend as much time as I wanted fondling the woodwork and breathing in that old-house smell. At least in my head.
Another inspiration for King Stud is the concept of family. See, the hero Ryan’s from a big family – and they’ll each get a book by the time the series is over – but the heroine Danielle is an only child. They have different, and sometimes conflicting, understandings of how family works, and writing this book gave me an opportunity to explore some of my own ideas about family.
It also gave me the opportunity to explore Seattle. A lot of the action takes place in the Magnolia neighborhood, named by Captain Cook when he mistook the madrona trees growing along the bluff for magnolias. Just like my Old House Envy, I have a bit of Magnolia Envy, so it was cool to have an excuse to hang out there. Among other things I learned that the Magnolia Thriftway has one of the best wine sections in the city.
I went for research purposes, you know?
So in the end, I still don’t remember how I came up with King Stud, except to say that in hindsight, writing about an old house in Seattle and the family who lived there was a really good idea. Thanks for having me as your guest, Cathrina!
Cheers! 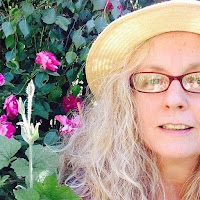 I write romance: m/f, m/m, and v/h, where the h is for human and the v is for vampire…or sometimes demon...and I lean more towards funny than angst. When I’m not writing I take care of tiny premature babies or teenagers, depending on whether I’m at home or at work. My husband is a soul of patience, my dog’s cuteness is legendary, and we share the homestead with three ferrets. Who steal things. Because they’re brats.

I can be found on-line at all hours of the day and night at my website & blog , on Facebook, or on Twitter. Come find me. We’ll have fun!
Posted by Cathrina Constantine at 12:00 AM