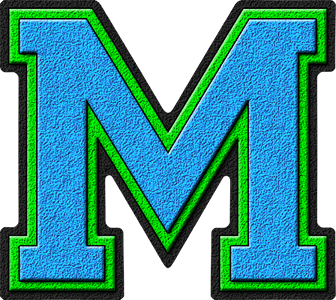 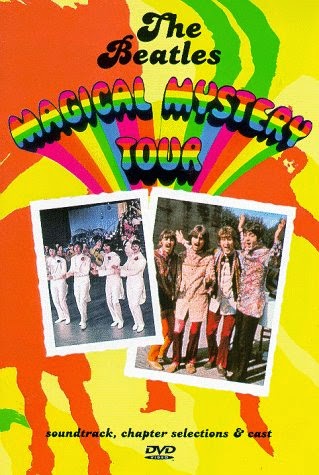 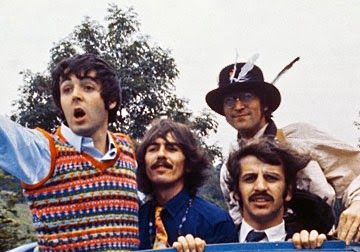 Plot from Wiki: The situation is that of a group of people on a British mystery tour [4] in a 1967 Bedford VAL Panorama coach, focusing mostly on Mr Richard Starkey (Ringo Starr) and his recently widowed Aunt Jessie (Jessie Robins). Other group members on the bus include the tour director, Jolly Jimmy Johnson (Derek Royle), the tour hostess, Miss Wendy Winters (Mandy Weet), the conductor, Buster Bloodvessel (Ivor Cutler), and the other Beatles.
During the course of the tour, "strange things begin to happen" at the whim of "four or five magicians", four of whom are played by the Beatles themselves and the fifth by long-time road manager Mal Evans.