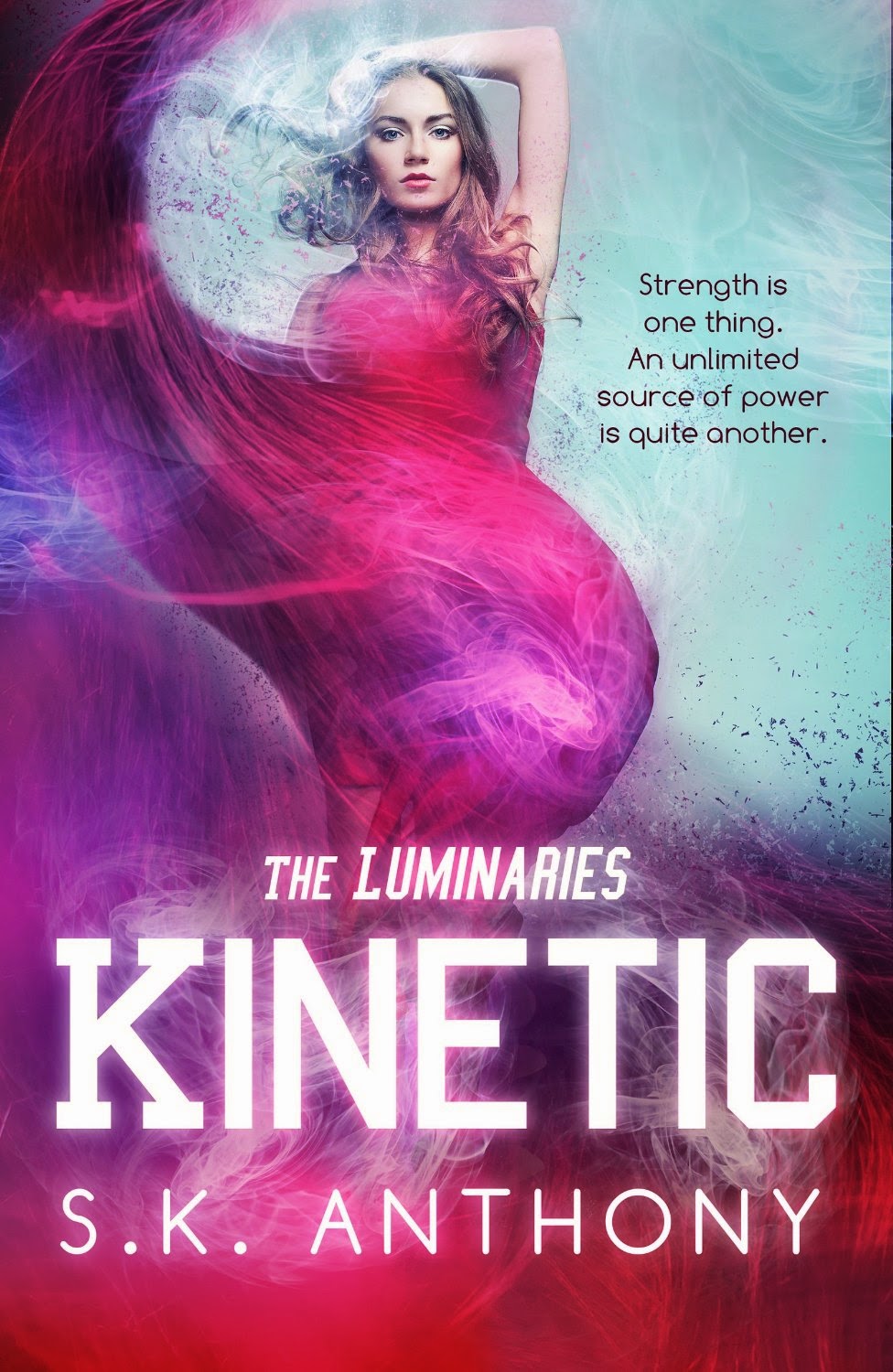 Let me first begin by saying I love Superheros! I always wanted to be one, and Kinetic is raging with super powers. S.K. Anthony has the ability to make it sound realistic and scientific how these people evolved with unimaginable powers such as healing, hypnotizing, fire-beams charging out of their hands, disappearing, and more. Our main character Annie has strength, great strength. The petite Annie can wrestle anyone and anything and come out on top. The big problem is, their power has a draining effect on their bodies.

The Blurb:
Being strong is one thing. Being an unlimited source of power is quite another.
Genetically altered by the Organization, Annie Fox takes down criminals CIA-style with her luminary strength. With nothing to mend but her broken heart, she is relentlessly pursued by her boss Derek Lake. Just when Annie is about to give him a chance, her ex-husband unexpectedly comes out of hiding.A wanted man, Nick Logan is a cold-hearted murderer who is considered enemy number one, and orders are clear: kill on contact. He is more powerful than ever and threatens the lives of those she holds most dear. His plan? Get his hands on Annie and use her Kinetic energy to destroy them all. When Annie finds herself with an opportunity to end him, she pauses, horrified by the scars covering the face she once loved. A split second that will cost her everything

Now that you all read the blurb, I can say Kinetic is a fast paced read and held my interest. I especially liked the despicable Nick Logan, enemy number one. He was one pissed-off dude that you have to love. He was sexy and lethal all in one. I admit, I have a thing for 17 year-old, Kevin, who can disappear and reappear anywhere, cool. I'm drawn to witty sarcasm and Kinetic has some of that. S.K. Anthony spins an intriguing tale. I did figure out who the bad guy was, but that's okay. It was interesting and somewhat typical as to why he was doing what he was doing. Remember I don't like leaving spoilers. If you're interested, I highly suggest reading Kinetic.

What Super Power Would You Pick If You Could Only Pick One?

Now Jump Over to Nana Prah's Blog and read her Review.

Posted by Cathrina Constantine at 1:00 AM