I'm So Excited to Reveal the Cover for My Novel. 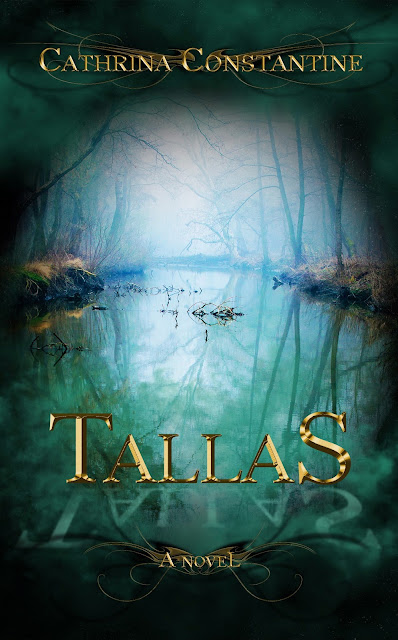 I Love the Back Cover Too! Freaky, Huh?
I have to add this: The back is a picture of a 3 headed snake! Some people think it's fish. 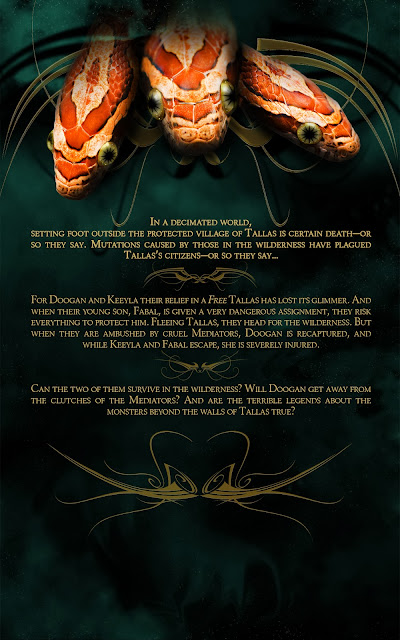 I'd Like to Thank Melissa Stevens, The Illustrated Author for Creating this Awesome Cover!!
You can find Melissa at www.THEILLUSTRATEDAUTHOR.NET
Tallas will be released on February 1st!
Here Is The Blurb:
In a decimated world, setting foot outside the protected village of Tallas is certain death—or so they say. Mutations caused by those in the wilderness have plagued Tallas’s citizens—or so they say…
For Doogan and Keeyla their belief in a Free Tallas has lost its glimmer. And when their young son, Fabal, is given a very dangerous assignment, they risk everything to protect him. Fleeing Tallas, they head for the wilderness. But when they are ambushed by cruel Mediators, Doogan is recaptured, and while Keeyla and Fabal escape, she is severely injured.
Can the two of them survive in the wilderness? Will Doogan get away from the clutches of the Mediators? And are the terrible legends about the monsters beyond the walls of Tallas true?

Please Sign Up For The Giveaway!
a Rafflecopter giveaway

Posted by Cathrina Constantine at 12:03 AM