It is my great pleasure to host an aspiring author, Jodi Linton!
Her first book, Pretty Reckless will be released March 2014 by Ignite Books an Entangled Imprint! She also has a crossover novella coming from an Entangled new line! 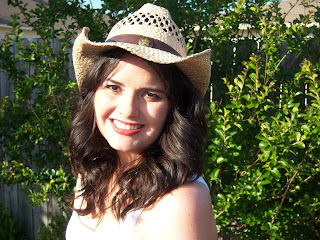 First many thanks to Cathy for this opportunity to do a guest post!

CC: How long have you been writing?
JL: I have been seriously writing for five years, but I’ve always had a love for storytelling since I was child.

CC: What have you learned about your writing experience?
JL: Patience.

CC: Tell us about your writing journey.
JL: When I started writing I set out to write a book for me, although it quickly turned out to be more. After three weeks of typing up a rough draft, I handed my first manuscript off to my husband. He read and read and read before giving me the thumbs up.  Then for about eight months ‘we’ picked it apart while I rewrote and polished it. Once I couldn’t stare at the manuscript without my eyes bleeding I knew it was time to send it off to agents. It took me six months of querying before receiving an offer of representation. I signed with The Belcastro Agency in February, and by May had a two book deal with Entangled Suspense.

CC: What are your near future goals?
JL: At the moment, I’m working on a new manuscript for my agent and editing my books for Entangled.

CC: Where do you get your inspiration?
JL: For me the idea actually came for my husband. I’d been trying to finish a work in progress, and after having no such luck my husband gave me the best piece of advice ever, to write what you know.  That’s when the light bulb went off, I grew up in small town Texas, I knew the quirky town’s folks, the language, and within a day I knew my protagonist. And in the end, I had myself a spunky character whose sharp tongue could outwit any man.

CC: Where is your favorite writing spot?
JL: I write at an antique, mint green desk shoved into the living room corner.

CC: What advice can you give to aspiring writers?
JL: Do your homework.

CC: What do you find the most difficult in the writing process?
JL: I’ll shamelessly admit that I loathe editing.  Although, I know polishing a manuscript is what makes it shine.

CC: Where do you see yourself in two years?
JL: It would be great to say a NYT Bestsellers, but mostly I hope to have at least two books published and another on its way.

CC: What type of genres do you like to write?
JL: For the most part, I enjoy writing mysteries with a little dash of romance and humor.

Jodi Linton's Bio:
Jodi Linton grew up across the street from a cow pasture, where she was more likely to been seen selling Kool-Aid in a Dixie cup at ten cents a pop, or inviting neighbors over to watch one of her plays staged on her father’s Bass boat.  Even though she never owned one of the bovines, she’ll admit that the smell of cow manure had a lasting effect, making it easy to spot a cow a mile away.

In 2001, she traded in the rednecks, cowboys, and mesquite trees of her hometown to chase destiny out west. After a few years of mucking it around with the roughnecks, dust storms, and droughts, she decided to dust off her boots and head home. With a History degree in one hand and a marriage license in the other, she followed her husband in 2006 to the Texas heartland, fabulous Austin.

Somewhere down the line, she started writing. Maybe it was the boring job search, or maybe it was the crazy characters dancing inside her head that help put pen to paper. Whatever the case, writing sure beat the heck out of working for a temp agency. The first story was about a boy lookalike Indian Jones who chased after vampires in small town Texas. The second story was a YA contemporary about the Grim Reaper, and well half-way through she decided to shuck them both, partly due to the birth of her son, and mostly because she wasn’t awe struck with the premises.

Taking a break from writing to raise her son, she filled the time by reading, and insistently fell in love with mysteries, especially ones with witty, spunky heroines. Four months later, she had a manuscript about a smart-mouthed deputy and her rotten ex-boyfriend dueling it out in small town Texas.

After settling into the Texas Hill Country with her husband and two kids, she joined the Writer’s League of Texas, and signed with The Belcastro Agency. Today she can be found cozied up to the computer escaping into a quirky world of tall tales, sexy, tight jean wearing cowboys, and a protagonist with a sharp-tongue quick enough to hang any man out to dry.


There’s a good chance she’s brushed paths with a few of her characters, but she’ll never tell, those lips are sealed.

Jodi and I would love to read your comments!
Posted by Cathrina Constantine at 4:35 PM