It is a pleasure to have Cherie Reich featured on Constantine's Blog.

A self-proclaimed bookworm, Cherie Reich is a writer, freelance editor, book blogger, and library assistant living in Virginia. Her short stories have appeared in magazines and anthologies, and her ebooks include the horror series Nightmare, a space fantasy trilogy titled Gravity, and a fantasy series The Foxwick Chronicles. She is Vice President of Valley Writers and a member of the Virginia Writers Club and Untethered Realms. 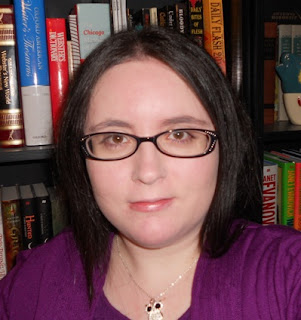 Men of Foxwick by Cherie Reich is now available! This fantasy short story collection features five men from the Kingdom of Foxwick.

A blind teen seeks a place in the kingdom. A dragon seer journeys to Wintermill to spy on the queen. A sword master’s worst fear comes true when he fails to protect the royal family. A king falls in love with an herb witch, but will she feel the same way? A hunter will rise to the challenge to hunt down a man-eating monster. 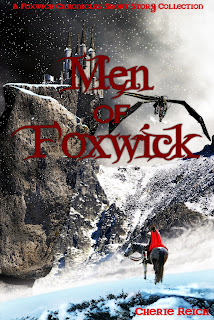 For more information about Men of Foxwick, please visit Cherie Reich’s blog. Also, Cherie has a special announcement for her email newsletter subscribers. Click here to sign up for her updates and receive a coupon for a free copy of Women of Foxwick. 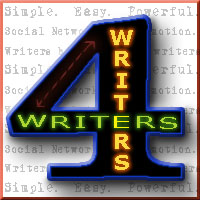 Today, Writers for Writers are hosting Canadian author Marta Szemik, writer of a witchy paranormal romance novella Marked, which she is currently offering for free.

Shapeshifter Xander will remain stuck in oblivion between good and evil until he is marked—either with the sphere that will identify him as a servant of the underworld or with the water mark, working for the keepers of humans, vampires, and warlocks. 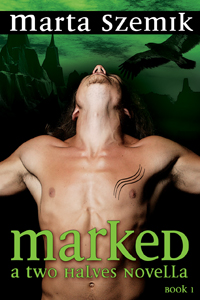 One decision will mark him and his twin sister Mira equally. She is in love with a man bearing the water mark and wants Xander to follow the path of the good. But Xander loves a black witch, a minion of the underworld. All he has to do to join her forever is kill.

After all, there's something good about being bad.

Find Marked at the following places: Amazon Kindle | Help Marta spread the word about Marked on social media with these handy pre-written shout-outs.

Marked Novella is #Free on #kindle “Want me to match that scar on the other side of your face?”  #paranormal http://amzn.to/163Jd0E #W4Ws


Posted by Cathrina Constantine at 7:12 AM