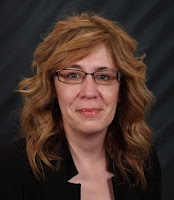 Nana Prah and Constantine have
another book review to share. If you've read our reviews in the past, then you know we do not collaborate on our opinions. Our reviews are separately voiced:
Today we've reviewed: Polar Night
Take a gander at Constantine's review
and then head over to Nana's Blog.


Julie Flanders is superb, a definite flare for writing suspenseful mystery. She pulls her readers to the edge of their seats, and thoroughly involves you with Danny Fitzpatrick, a police detective you automatically fall for. After the tragic, homicidal death of his wife, Danny fleas to the snow-ridden terrain of Alaska to drown his sorrows.

The novel, Polar Night is set in Alaska and Julie's research on the Alaskan territory is phenomenal. You can almost feel the frigidness surrounding the story. As the reader, your throat clogs along with the main character as he breathes in ice fog. That's when Alaskan temps reach a mere 40 below and it's full of icy particles. Years prior it was called appropriately, 'white death.'

Polar Night has a supernatural premise which I wasn't expecting. In fact--there are spoilers ahead...

What makes Julie such an excellent writer is her believable plot-line. Danny Fitzpatrick's investigation into the premise of scavenging Vampires located in Russia back in the 1800's and beyond is astute, I still have shivers. Do I believe in vampires? Now I do! And has me jangling in my boots, and I tend to sleep with the covers rucked under my chin, just in case. 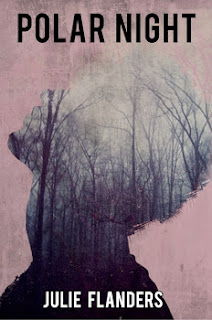 Here is the blurb for Polar Night
When Detective Danny Fitzpatrick leaves his hometown of Chicago and moves to Fairbanks, Alaska he wants nothing more than to escape the violence and heartbreak that left his life in pieces. Numbed by alcohol and the frozen temperatures of an Alaskan winter, Danny is content with a dead-end job investigating Fairbanks' cold cases. That all changes when a pretty blond woman goes missing on the winter solstice, and Danny stumbles upon some surprising connections between her disappearance and that of another Fairbanks woman three years earlier. Forced out of his lethargy, Danny sets out to both find the missing woman and solve his own cold case. The investigation points Danny towards Aleksei Nechayev, the handsome and charming proprietor of an old asylum turned haunted tourist attraction in the Arctic town of Coldfoot. As he tries to find a link between Nechayev and his case, Danny's instinct tells him that Nechayev is much more than what he seems. Danny has no idea that Nechayev is hiding a secret that is much more horrifying than anything he could ever have imagined. As his obsession with finding the missing women grows, Danny finds his own life in danger. And when the truth is finally revealed, the world as he knows it will never be the same.
Check out Polar Night on Amazon

Posted by Cathrina Constantine at 10:14 PM

Email ThisBlogThis!Share to TwitterShare to FacebookShare to Pinterest
Labels: Prah and Constantine Review