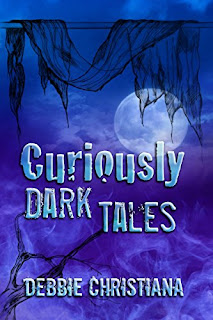 Supernatural beings and the evils of humanity come alive in these grim, dark tales with a twist. 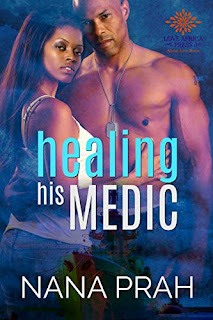 Doctor Comfort Djan is looking for salvation after a tragic accident, which takes her to deprived regions where her skills heal the helpless. Until Fate thrusts her as a medic on board a West African military coastal protection ship. Proving herself to the male-only crew is nothing compared to being near one intense naval officer who has her feeling something other than her survivor's guilt.

The 3rd installment of A Throne of Glass series. 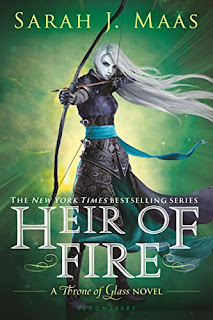 Celaena has survived deadly contests and shattering heartbreak-but at an unspeakable cost. Now, she must travel to a new land to confront her darkest truth . . . a truth about her heritage that could change her life-and her future-forever. Meanwhile, brutal and monstrous forces are gathering on the horizon, intent on enslaving her world. Will Celaena find the strength to not only fight her inner demons, but to take on the evil that is about to be unleashed?The bestselling series that has captured readers all over the world reaches new heights in this sequel to the New York Times best-selling Crown of Midnight. Packed with heart-pounding action, fierce new characters, and swoon-worthy romance, this third book will enthrall readers from start to finish.
Amazon:https://www.amazon.com/Heir-Fire-Throne-Glass-Book-ebook/dp/B00I43Z1J0?crid=172CRTN8O3ZYJ&keywords=heir+of+fire&qid=1540818168&s=Kindle+Store&sprefix=heir+o%2Cdigital-text%2C135&sr=1-1&ref=sr_1_1 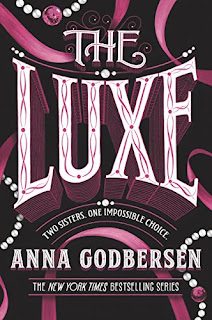 The Luxe is the first book in the New York Times bestselling Luxe series by Anna Godbersen.
In a world of luxury and deception, where appearance matters above everything and breaking the social code means running the risk of being ostracized forever, five teenagers lead dangerously scandalous lives. This thrilling trip to the age of innocence is anything but innocent.
Amazon: https://www.amazon.com/Luxe-Novel-Book-ebook/dp/B000SFP9RG?crid=3ERCB2UBO4FTP&keywords=luxe+anna+godbersen&qid=1540818571&s=Kindle+Store&sprefix=Luxe%2Cdigital-text%2C132&sr=1-6-catcorr&ref=sr_1_6 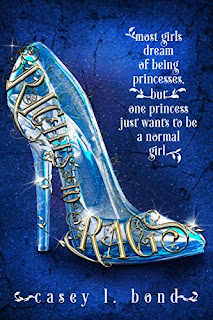 Most girls dream of being princesses, but one princess just wants to be a normal girl.

Ella Carina, crown princess of Aelawyn, knows brutality and lies—she’s seen the way her father rules. Princess. Possession. To her father, the words had the same meaning. She was only as valuable as the alliance formed with her betrothal. Her freedom comes from an unlikely place: an attack on the castle.

When the conquering King offers to protect her from the betrothal her father arranged for political gain, she consents. Hiding her within a peasant family is the only way to keep her and her secret safe.

In this simpler life, Ella flourishes and catches the eye of the local Blacksmith’s son. For once, she can be herself and make her own choices, but the life of a princess—even one kept secret—was never meant to be easy.

Trevor, crown prince of Galder has been searching for Ella, but not because of their betrothal. She is in grave danger from the very people who hid her away. His plan is to show her the truth and help her to safety.

Nothing goes as planned. When Trevor finds her, it’s to discover she’s fallen in love with a peasant. Now he has two goals: help her regain her throne… and show her that she belongs with him.
Amazon: https://www.amazon.com/Riches-Rags-Casey-L-Bond-ebook/dp/B077376ZBR?crid=1XVAR4BIG45TM&keywords=riches+to+rags&qid=1540818714&s=Kindle+Store&sprefix=riches+to+ra%2Cdigital-text%2C137&sr=1-1&ref=sr_1_1 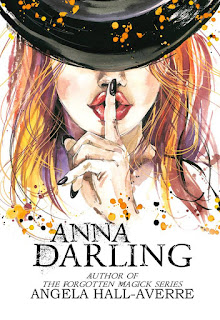 It happened several years ago now. My name is Anna Hall and I am the High Priestess of the Briar Glen Covenant of Earth Magic. We are white witches and I’m going to tell you a story. It will make you question your reality and the appearance of things and people around you. I was shocked when an angel and a demon appeared and shook our small community to its core. It was at the end of September and all through October that the town came alive, alive with spirits from the underworld. And my coven sent the demons back to Hell. That is, all except for one.
Amazon: https://www.amazon.com/dp/B07JFN5V54/ref=sr_1_3?ie=UTF8&qid=1539688922&sr=8-3&keywords=anna+darling&fbclid=IwAR3rqGgdJEhWhQeSnR51I1H3BILx5m07ACW3n5RTn6BFcatQTy_jDk-RcsQ&tag=smarturlebook-20
Posted by Cathrina Constantine at 9:22 AM