ABOUT HER KIND OF MAN

When Mr. Right is oh so wrong

I'll never let you go . . . Allina had always dreamed of hearing those words. But when her fiancé, Isaac, utters them, it isn't a promise-it's a threat. Scared and confused, with only moments before the wedding, Allina knows what she must do. Forget walking down the aisle; it's time to run. Back to Michigan. Back to Kent.

Kent has loved Allina for longer than he can remember. Out of respect for their friendship, he's never crossed the line, but when she turns up on his doorstep wearing her torn, tearstained wedding gown, the fire inside him ignites. He'll do whatever it takes to make Allina feel safe-like the beautiful, desirable woman she is. But as Kent and Allina grow closer, and their passion pushes deeper, it's clear that something bigger than a botched wedding still lingers between them . . .

Born and raised in Southeast Michigan near Ann Arbor, Elle learned the importance of reading from her mother. It was also her mother who, later on in her life, gave Elle her first romance novel:  Indigoby Beverly Jenkins.  From that moment on, Elle became a fan of Ms. Jenkins for life and a lover of all things romance.  An old journal she wrote back in college became her first book (which she still wants to publish one day). 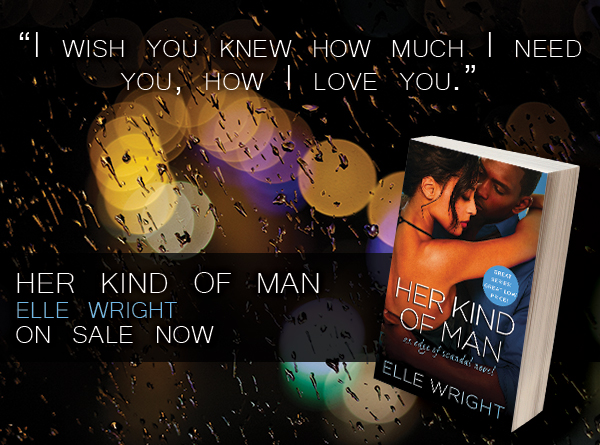 Allina got up and carried her dishes over to the sink. She turned on the faucet and filled up the basin with water. “I’m going to clean up and get ready to go to the store.”
He finished up his plate and joined her at the sink. Not thinking, he dropped his mug into the dishwater, splashing the soapy water on Allina. She screeched and stumbled back. He reached for her, sensing she was getting ready to fall. Instead of preventing her fall, she ended up pulling him with her and they both landed on the floor, her on her back and him on his side.
“Ouch,” she groaned from her where she lay on the tile. “That hurt.” She wiped her face and pushed her hair back, leaving a few suds on her face.
He chuckled. “That was . . . clumsy.”
She laughed then. “It was crazy. How did I fall? There was no water on the floor.” She pointed at him. “It was your fault.”
He grabbed her finger. “It was not my fault you can’t stay on your feet.”
She flicked some remaining soap on him. It was a running        joke with their crew. Syd was dramatic, Cali had no filter, and Allina was clumsy as hell. It didn’t matter where they were or what they were doing, Allina always seemed to get hurt.
Before he knew it, they were both laughing in earnest. She turned to him. “I needed this.”
He tucked a piece of hair behind her ear. “Glad I could help. I’ve never met anyone who is more accident-prone than you.”
She grinned, her eyes gleaming. “Hey. Don’t say that.”
He stood up and held out a hand to her. When she placed her tiny palm in his, he pulled her to her feet.
Brushing off her clothes, she murmured, “My body is al- ready sore from that run. Now my back is throbbing.”
“Maybe you should go lie down for a little bit before we go to the store,” he suggested. “I have a heating pad some- where if you need it.”
She waved him off. “I’m good.” Peering up at him, she smiled again. A wide grin. “I need to keep moving.”
Kent observed her. Her cheeks were flushed and her eyes dancing and he found himself inching closer to her. A piece of her hair was stuck to her forehead and he pushed it to the back.
“I must look crazy,” she said, smoothing a hand over her hair.
One of the things Kent found so attractive about Allina was her sultry, deep voice. She talked like she was singing a lullaby. It was low, even, and sexy as hell. And what made it even better was she had no idea it could have an effect on a man.
As if he had no power or control to stop himself, he leaned closer. She peered up at him and froze. Instead of retreating, she stayed where she was, her eyes on his.
The air changed in that instant. He brushed her cheek with his thumb and she gasped. Their noses were almost touching. He knew he should step back, walk away, but he couldn’t. His body had a mind of its own.
His nose bumped into hers. Her breath still smelled like the honey from her tea. It was warm against his skin. He wanted to kiss her, more in that moment than ever before. Then her lips brushed against his. It wasn’t a full-on kiss, but enough to make him want more. He framed her face with his hands and kissed the corner of her mouth, enjoying her sharp intake of breath. She squeezed his biceps, her nails digging into the sensitive skin.
“Kent,” she whispered. “Are you sure you want to do this?”
“Do you want me to?” he asked, unable to keep his eyes off her mouth. It was amazing how one simple touch had opened up the box that labeled them “very close friends.” He imagined how it would feel to really taste her, to feel her tongue against his, to touch her the way he wanted.
But then where would that leave them? Confused and awkward around each other? Allina wasn’t just any woman. He couldn’t do her first and ask the hard questions later, be- cause she deserved better than that. They had never really talked about sex with each other before, but knowing her the way he did, he figured she was careful about who and what she did. Being with her, or even kissing her, was a game changer. But, damn-it, I want to.
Sighing, he stepped back. He scratched his head. “I’m sorry. This isn’t right. We better get going.”


Then he left her standing there in the kitchen. 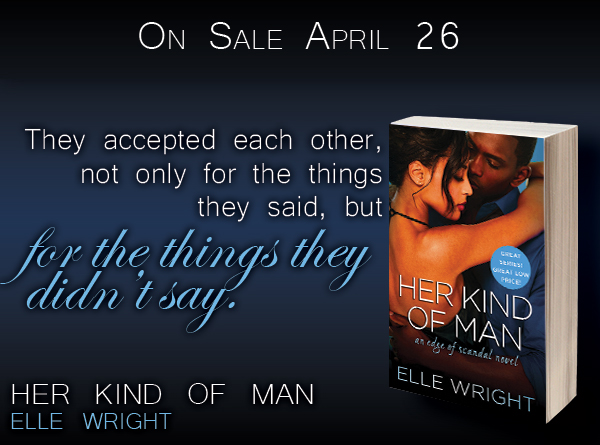