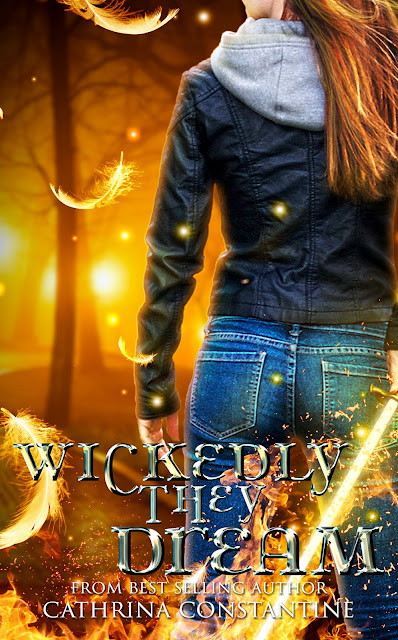 Jordan hoped her life would change after the fiery death of the devious sorcerer, Asa Trebane. She was wrong. The Black Order of the Cult is gearing up to select a new Supreme Leader, and Lucifer will be judge and jury.

Seeley, Jordan’s mother, is possessed with a curse, and even the priests can’t find a solution to defeat the evil devouring her. Jordan must dig deeper into the Satanic realm and joins forces with a wicked witch to save her family from the clutches of Hell.

However, when things go awry with her guardian angel, Markus, Jordan is shrouded in her own longing as she faces the darkness without his light.

There’s trouble in paradise and souls are at stake as Jordan fights to hold onto a normal teenage life ~ the angel she loves ~ and a family that hangs in peril.

Amazon Buy Link: http://www.amazon.com/Wickedly-They-Dream-Book-ebook/dp/B01BZFFL0W/ref=sr_1_1?s=digital-text&ie=UTF8&qid=1455939482&sr=1-1&keywords=wickedly+they+dream
Posted by Cathrina Constantine at 7:18 AM