Look at this fantastic cover!!! 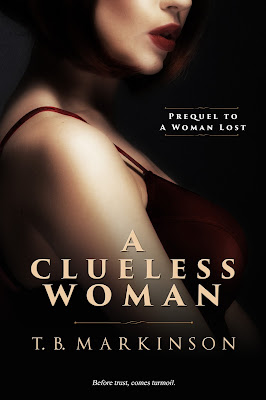 Graduate student Lizzie Petrie feels more comfortable around books than people. Although an expert in the Hitler Youth, she’s a novice in love. Her former lesbian lover is blackmailing her, and not even those closest to Lizzie know the full story of their abusive relationship.
When visiting high school English teacher Sarah crosses Lizzie’s path at the campus, their attraction is instant, but not without complications. As they start to spend more time together, suspicions arise from both women in this sexy piece of LGBT fiction.
Plenty of good-natured teasing takes place between lovers as well as between PhD students in this lesbian contemporary romance. No relationship path ever runs smoothly, and oftentimes, those who can’t keep their mouth shut hasten necessary confrontation.
Lizzie finds herself buried in a mess of lies in this romantic comedy. The harder she tries to keep Sarah and the rest of her friends from finding out the truth about her first girlfriend, the more endearingly clueless she becomes.


“Do you think I’m pathetic?” I asked Ethan as he added gobs of sugar to his Starbucks house blend.
He dipped his head almost a foot and peered at me through his spectacles. “How am I supposed to answer that?”
“Honestly. Do you think I’m pathetic?”
Ethan maneuvered his lanky frame past three untidy tables and I followed, grimacing at the messiness of the place, until we settled on one that was almost clean. It was a little after ten on Saturday, and although it was quiet now, the early morning rush must have taken the staff by surprise. Two teenagers leaned against the counter, dazed and confused.
“Okay, what’s got your panties in a bunch this morning?” Ethan set down his coffee, took off his coke-bottle thick glasses, and cleaned them with a cloth.
“The other night, William and Janice got on my case about how long it’s been since I experienced The Big O.” I didn’t bother whispering the last part. Aside from the employees behind the counter, the place was deserted.
“The Big O?” He hitched up one of his thin eyebrows.
“You know. In bed.”
“Oh, you mean the last time you had an orgasm.” He wiped both eyes with his fingers before replacing his glasses. “And?”
“And what?”
He snorted. “When was the last time?”
I scratched my chin. “Not sure really. Meg.”
“That was well over a year ago.”
“Good grief. Not you as well. For someone who doesn’t like sex, I didn’t think you would gang up on me, too.”
“Gang up on you?” He laughed. “I’m just curious.” He ignored my comment about not liking sex. With the exception of coffee, Ethan disliked fluids of all types, but especially bodily fluids. It made me wonder how he’d managed to get married. “And their comments got you thinking?” he added.
“Yes. I mean no. Maybe,” I stammered. “I just keep thinking about it.”
“About what? The Big O or not having anyone in your life?” As usual, Ethan hit the nail on the head.
“Just the other day, I ran into one of my former professors. This guy is ancient, in a wheelchair, and he smells like an old person who’s about to move on to the next world. Out of the blue he started telling me about how he and his lady friend went to the movies. I was flabbergasted. How did he have a lady friend? I don’t even have a pet. Not even a goldfish.”
“Do you want a lady friend?” Ethan’s tone bordered on teasing. 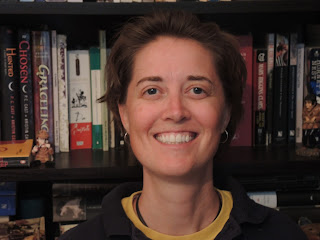 About the Author:
T. B. Markinson is an American writer, living in England. When she isn’t writing, she’s traveling the world, watching sports on the telly, visiting pubs, or taking the dog for a walk. Not necessarily in that order.
Mailing List:
Get the first book in the series, A Woman Lost, for FREE by signing up to TB’s Readers’ Group here.
Links:

Hop over to Lexa Cain's to join in this fun weekly Celebration. Lexa's wonderful co-hosts are:
L.G. Keltner @ Writing Off The Edge
Tonja Drecker @ Kidbits Blog

My daughter's expecting Baby #2. Little Sam is going to have a sister or brother in February!!!
However, since the beginning, there's been a few problems.

I Believe in the power of Prayer!!!

And that's why I'm asking for few prayers for not only Niki's unborn baby, but for ALL unborn babies with Birth Defects.

Thank you and God Bless!!!