From sweet to dark, divas of romance work their fingers to the bone for your reading pleasure in the Labor of Love Bloghop from 9/4-9/6. Come join me and enter to win a Kindle with new, heart-pounding titles just for you!

Happily ever afters only come after heart-breaking work, and this Labor Day weekend, we are celebrating our written labors of love by giving our readers a chance to win a brand-spankin' new Kindle with our personal bests. That's right, you could win all of our books! Aren't you excited? We are! So here's your chance, just click the link below to enter our giveaway:

Don't Forget To Breathe is my first attempt at writing a mystery novel. And since I tend to gravitate toward the paranormal, I added a haunted mansion and a few ghosties to make your skin crawl. 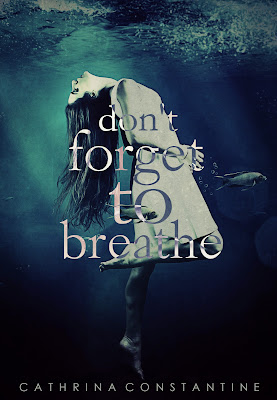 Leocadia comes home from school to find her mom's body. Unaware her killer still lingers, she's grabbed from behind and hears, "I'm not going to kill you...not yet...

And everything fades to black.

After a year of retrograde amnesia and battling inner demons, Leo's dreams or getting worse. She's starting to remember...

This scene takes place in the haunted mansion:


A peculiar shushing fed through the walls; I didn’t like the sound of that. Alone and defenseless, I felt like a human bull’s eye. From somewhere deep within, I dredged up novel tenacity and sped up the stairs, stalling once to sneeze. My feet struck the third floor in hopes of finding Henry. “Come out come out wherever you are.” Fixed on the precipice of the landing, I listened for his footsteps.


I heard lightweight scuttling and aimed the light toward the baseboard. Scurrying mice, nasty. Flashing the beam into a slender hallway it parted into a T at the end. I’d seen a stirring shadow. “Is that you, Henry?” It had been years and years since I undertook such daring exploration and never in the dark.

I walked ever-so slow, depositing one trembling leg in front of the other. A clothesline of flimsy cobwebs adhered to my face and I swatted at them like a harebrained loon. I suppressed a cry.

“Henry, I’m getting pissed. I want to leave.”

A faraway tone hailed—“Up he-e-r-e...” I witnessed a draft of white vapor being sucked up the fourth flight of stairs. A ghost? At this juncture it felt like icy fingernails clawed up and down my vertebrae like a sure fire tip off.

In the opposite direction came another voice, “Leo—Leo, this way.” Relieved at hearing Henry, I turned away from the fourth flight of stairs and the strange vapor. I walked into the hallway and stopped at the T. “Henry?” After an unwarranted decision, I banked to the right.

Four six-paneled doors lined the walls. I twisted the first ornate knob and showered light into a mishmash of clutter. I then travelled down the hall to the adjoining door. The musty stink engaged my sinuses in a most unsavory way. Snuffling, holding back another sneeze, an ambiguous scent itched my nostrils. What was that smell? A sound like water dripping and splashing into a pot, perhaps the roof leaked. At least that’s what I thought when I shouldered open the door.

Black, not even a hint of light. The revolting stench heated up the room; I thought an animal decided to die up here and rot. I plugged my nose to block the stink. Guiding my feet with the flashlight, my sneakers stepped into a gooey substance. I pried them up listening to the suctioning sound, the goo looked reddish-black. The source of the stench?

My paranoia maxed out. I was going to leave Henry. Let him find his own way out. While revolving back toward the hall, the beam sliced through the room. On the verge of fleeing, I caught sight of something. For support, bearing down on the doorknob with my left hand, I cast the light upward, toward the high ceiling.

A bristly rope knotted around a chandelier. My light followed the line of rope and landed on a corpse. Not animal—human.

Have I got your attention? I was going to pick a cute little romantic scene of young love, but I went with the spooks. Hope you're not disappointed.

Whatever shall you comment on, you ask? Well, let's celebrate your greatest accomplishment! Just post your favorite accomplishment in the comments below and I'll announce our winner on 9/7.

Thank you for join joining our Labors of Love Blog Hop. To see who's participating, click the link below and work your way through our participating authors:

Posted by Cathrina Constantine at 12:15 AM