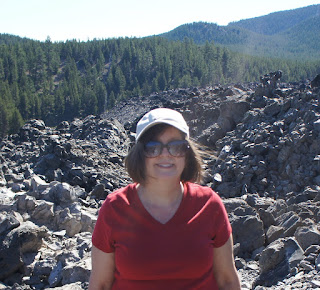 How I Started Writing Speculative Fiction
by M. Pax

What do I write? Way back when, I thought I was a literary writer, but I didn’t really know. With no real ideas of what to write, other than the impulse to write whirling in my brain, I’d sit down at the computer, bring up a photo or art image, and scribble by hand for twenty minutes going with whatever the piece of art invoked.
Eventually, one of the ideas became good and lodged, growing into something bigger. The novel began as a contemporary piece as I sketched out a couple of scenes. I didn’t yet know what the story would be other than the friendship between two women.
I was a huge fan of Stargate at the time (and other science fiction shows), so I decided to let my creativity run wild and set the story in space. That unpublished series is about 900,00 words and remains on my hard drive—not yet ready for primetime. However, I proved to myself I could write a whole novel (more than one). It was a big step for Marykind.
My entire life I had kept my creative impulses in check (not always very successfully), and for the first time I didn’t have to. Science fiction and fantasy (part of the speculative fiction world) lets me go as far as my imagination takes me. I’ll always be drawn to it.


What do you know about speculative fiction? You can see a great explanation of it HERE. And why do you write what you write? 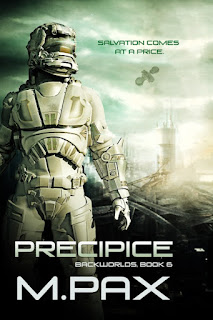 In the far future, humanity settles the stars, bioengineering its descendants to survive in a harsh universe. This is the sixth book in the science fiction series, The Backworlds. A space opera adventure.
The Backworlds hang by a Quantum string, a thread about to snap. Annihilation is coming if Craze can’t stop it. The genocidal alien he had trapped breaks free, destroying a ship belonging to the Backworlds’ oldest enemy, the Fo’wo’s. The murderous alien wants to overtake the galaxy. The Fo’wo’s want another war.
The Backworlds’ best chance to survive is to overcome a century of hate and forge an alliance with the Fo’wo’s. Because of his history with the alien, Craze is recruited to represent his people. Now he’s the most hated man in the galaxy.
The looming war will be a holocaust unless Craze can stop it, knowing salvation comes at a price.

Fantasy, science fiction, and the weird beckons to her, and she blames Oregon, a source of endless inspiration. She docents at Pine Mountain Observatory in the summers, and one of her cats has a crush on Mr. Spock. You can find out more by visiting her website: mpaxauthor.com