Hi Cathy, thank you for letting me stop by and talk about my favorite holiday, Halloween and how it led me to write paranormal romance.

Like most things, it goes back to my childhood. My mother was an avid reader and a fan of all things supernatural (movies, books, etc.) especially Halloween. I was born in October, on Friday the 13th and my birthday parties always had an autumn/Halloween theme.

On Halloween night she’d hang sheets from the doorways in our house, dim the lights and strategically place flashlights around for maximum spooky shadow effect. When I was younger and returned from trick or treating, we’d run around on our candy high, trying to scare each other. As I got older, the Ouija Board would make an appearance Halloween night. I want to mention that nothing bad ever happened while playing the game. I admit to moving the planchette around once or twice and so did others. We asked typical teenage questions and put it away until the next year.

It was also in my teenage years I began to learn the history behind Halloween. The ancient Celts believed on this night they called Samhain (half way between the season of light and dark) the veil between the living and the dead lowered and allowed souls to roam the earth. They would light bonfires to pay homage to their deceased family and friends. They also wore masks and offered food and drink to keep unwanted spirits away.

By 1000 AD the Church declared November 1st All Saint’s Day and November 2nd All Soul’s day to help the pagan Celts transition to Christianity – and why it’s now called Halloween. In Old English ‘hallow’ means to make holy. It began as Hallowmas then changed to All Hallow’s Even (Even meaning evening in the middle ages). Instead of donning masks, the poor would ‘guise’ themselves, go to the homes of the rich and receive ‘soul cakes’ in return for praying for the homeowner’s dead relatives.

I love history but I focused on the spirits and souls. I think I’ve always had an innate curiosity about what happened after we died and if there were indeed such things as ghosts. After all, cultures and societies from all over the globe since the beginning of our known human history have worshipped the dead and believed in the spirit world.

I used to write stories for Halloween – which I showed no one but my mother.  She loved my stories and always encouraged me to write but at that it was just a fun hobby. When I read a spooky or Halloween story, I’d think to myself “What if?” and come up with an alternate ending. As I got older, my love of the supernatural realm grew and when I discovered boys didn’t really have cooties, I’d add a boy or two to the story, and soon I had the beginnings of paranormal romance.

Then life happens. I got married, had three kids and things get put on hold. But I never lost my love of reading, writing or of Halloween and all things spooky. Then when the time was right, I sat down and seriously wrote down the many stories that had visited me through the years.

My mom passed in 1994 but she and I count down each year to our favorite holiday. 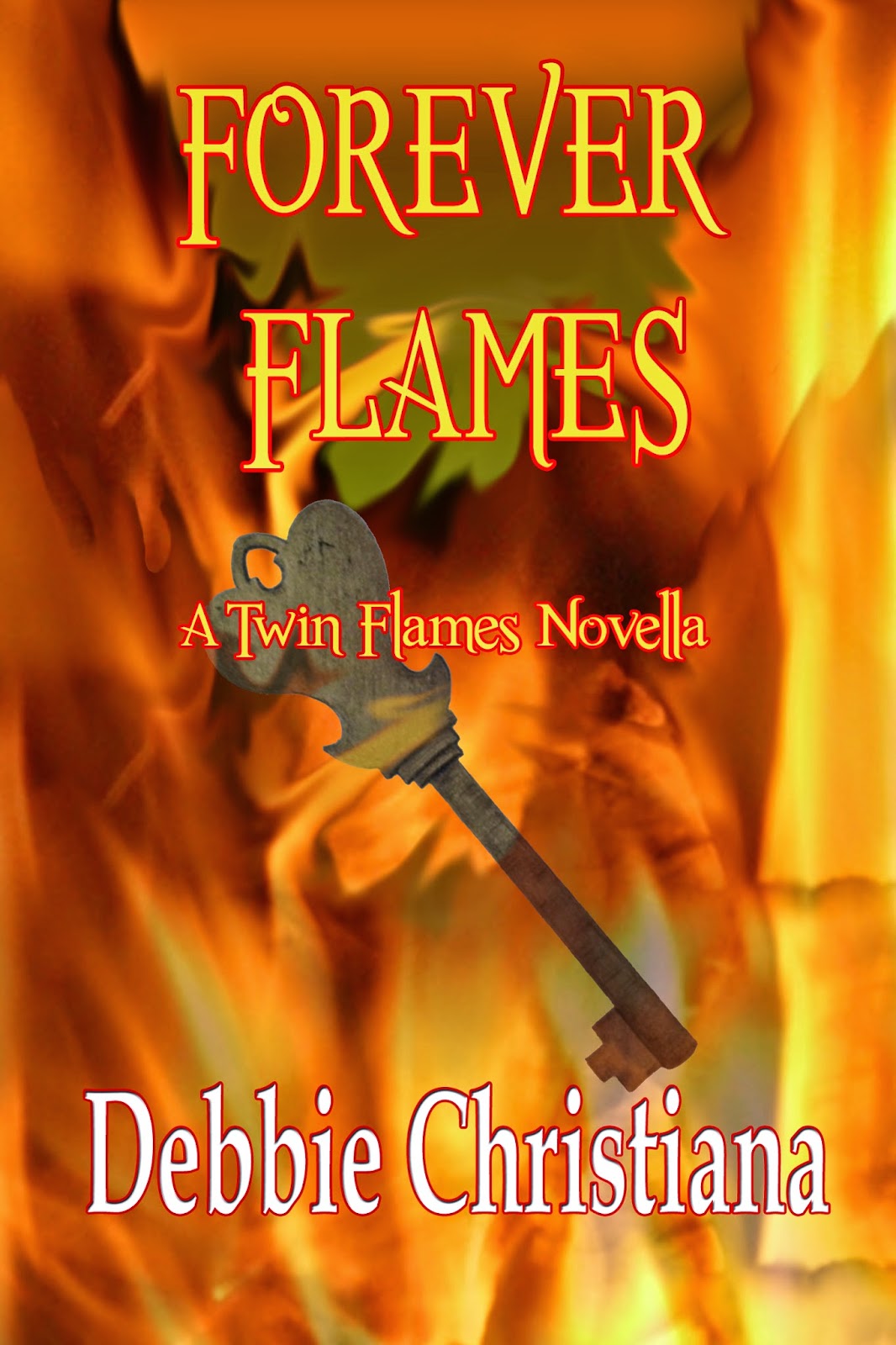 Sometimes the past won’t stay where it belongs.
Marc and Natalia are settling into parenthood, but can’t shake the feeling of déjà vu when it comes to their new baby.
Sensing they’ve been a family before and something horrible happened, they journey back in time, through hypnotic regression, to eighteenth century Belgium. Here they relive a shocking lifetime that challenges their love more than any other, and brings repercussions back into their present life.
Last time, remembering their past lives brought Marc and Natalia together, this time it may tear them apart.

NATALIA...
“The dog comes at me. I leap away and hit the rocky ground hard. His jaw tugs at my leg. I kick and thrash at him with my other foot. It happens so fast but Maarten is on top of him and amid all the commotion I hear the dog’s neck break.
“‘Eline! Are you safe, my love?’
“Maarten scoops me up in his strong arms and I collapse into him. My heart is broken over the loss of a dear compan- ion, but I’m relieved and grateful the horrible ordeal is over. ‘Let me look at your leg. Did he break your skin?’
“‘No. My boot saved me.’
“I turn my leg so he can see. He brushes my long dress up past my knees. At the sight of blood running down the side laces of my boot, fear crawls deep into my chest. It isn’t possible. I clutch onto Maarten’s chest and want him to tell me it’s not really there, that my mind is playing tricks on me.
“‘Maarten, I never felt him bite me. It must be from my fall.’
“‘Darling, your injury may be from your fall but I won’t take the chance. You know what we must do.’
“With a dread-filled nod, I acknowledge what needs to be done. I gather up my terror and hold my tears for later. If the rumors are true about what happens next, tears will be of better use to me then, than now.”
♨♨
MARC...
“Despair hangs around my neck like a noose. There is no time to waste. There are two deep puncture wounds on her calf above her boot. They aren’t from her fall, and she and I both know it, but I don’t want to scare her more than she already is. A rabid dog has bitten her. I lift her up onto the seat in the carriage and the race to save her life begins.”
*** 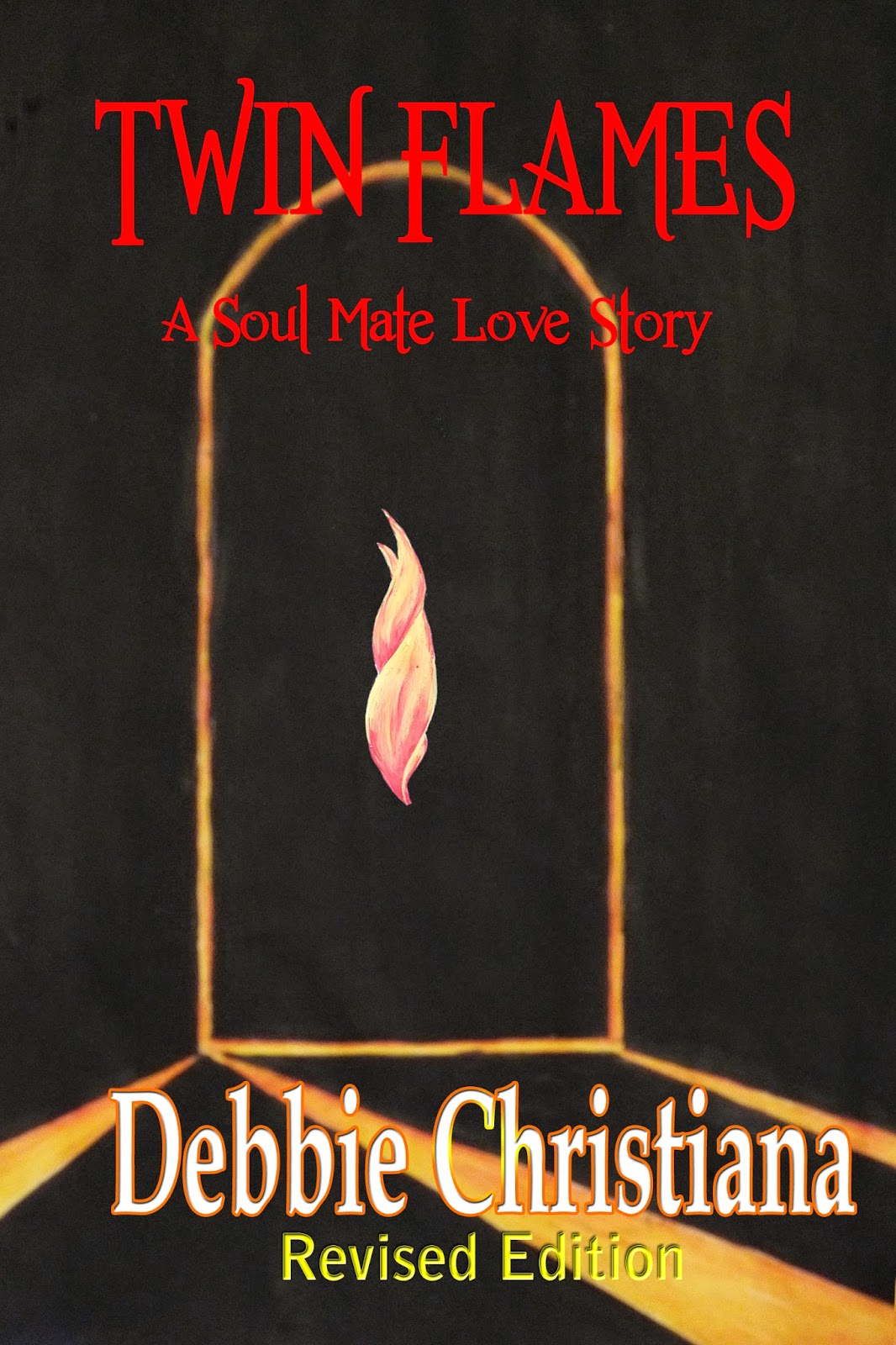 If you’re curious how Marc and Nat’s story began:

She’d never met him before, or had she?
The last thing forty-year-old Natalia Santagario expected was to be sitting on a Manhattan barstool, ogling a man she’s never met, but swears she knows.
He didn’t know her at all, or did he?
The mysterious dark-haired woman at the end of the bar stops twenty-eight-year old Marc Tremonti in his tracks. His head says she’s a stranger, but his heart tells him otherwise.
Together they embark on an adventure that will change their lives forever.
Marc’s aunt Mariella, an expert in reincarnation, persuades them to relive their past to help explain their enigmatic attraction. As they open the doors to their past lives, they discover they have been lovers for hundreds of lives, are connected by an ancient bond, and are considered Twin Flame soul mates.But their reunion in this life is complicated by an almost ex-wife, a temporary bout of amnesia and a mischievous and meddling ghost with its own agenda. Will their strong connection find a way to bring them together? Or is this the lifetime they must go their separate ways?
Forever Flames is available at
AMAZON - http://goo.gl/ihGcZa

You can find my at:
www.debbiechristiana.com
Facebook: Debbie Christiana, Author
Twitter: @DebChristiana
The late, great Ray Bradbury was quoted as saying “Young writers shouldn’t kid themselves about learning to write. The best way to do that is train yourself in the short story.”

I’ve been fortunate to have two dark fiction short stories published and now I’m taking a course on how to write a short story to promote your novel. It’s been a wonderful class and I hope to have my short story, Choose Wisely, up on my website as a free read in October. Wish me luck!

My recently released paranormal romantic suspense, SOSLTICE, is set in the New York Metro area, and is a story of magic, murder, mayhem and of course, love.

My short story, Choose Wisely, doesn’t have the same characters from SOLSTICE, but it does revolves around Mia Leone, a Strega who owns an unusual antique store, named CURIOSITIES in lower Manhattan, a strange man and the very real, but shrouded in myth, Liquore Strega.

Liquore Strega is an Italian liqueur that has been made in only Benevento, Italy since 600 AD. It’s known for it’s bright yellow hue and is sipped after a meal. However it has an important role in the ritual magic of the Strega.

While my short story is dark fiction, it was fun to write and will be perfect for the upcoming spooky Halloween season. If you’d like to know more about the magical Liquore Strega and the craft of Stregheria, check out the blurb and small excerpt from SOLSTICE below. 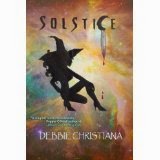 Time is running out for Armend Zogu. The 250-year-old curse on his head will claim his life on his 30th birthday, the winter solstice.

Sofia Palmalosi is just the Strega who can save him. A descendant of a long line of powerful Italian witches; her family’s magic was a gift from the Goddess Diana.

Together Sofia and Armend embark on a journey from New York to Sicily and the ancient ruins of Diana’s Temple, back to New York all the while fighting a battle of magic and wits with a psychopath who wants them both dead and the curse intact.

If the curse doesn’t kill Armend, breaking it just might.

“Sofia, are you all right?” Armend asked.
She was pale and her breathing labored. “This particular ritual drains me of my strength. That’s why we eat afterwards. How do you feel?”
“Better than you. But I’m glad to be sitting down.”
Ersilia poured them each a glass of the yellow liquid. “This is Liquore Strega. Bevanda. Drink.”
He was curious about the foreign drink and sniffed its slightly sweet aroma. He took a sip and let the semi-thick liquor settle on his tongue. He savored the bold combination of mint, fennel and a taste he couldn’t place. “That’s good.” He smacked his lips. “What makes it yellow?”
“Saffron.” Sofia took her own sip and closed her eyes. As she swallowed, she let out a happy groan.
Silvio handed Sofia and Armend a plate of food and sat a warm bowl of olive oil between them. “Mangia. Eat. It’ll make you strong again.”
Armend dug into the small, but wonderful feast. The sweet and salty pairing of the melon and prosciutto, the bread, and the sting of heated garlic-flavored oil on his tongue warmed his weary soul.


Thank you, Debbie for stopping by today!

Posted by Cathrina Constantine at 11:13 PM