Please Welcome a Gifted Author: Jeanne Arnold. Her novel, Stubborn was released on January 6th. Check It Out! 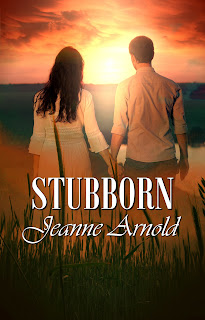 Stubborn
With a train ticket, a bad attitude, and an unfortunate scribbling of obscenities across her forehead, seventeen-year-old Avery Ross is tossed out of the frying pan and into the fire when she’s sent from New York to the vast oil field region of North Dakota.  When a green-eyed boy with a sultry Texan accent comes to her defense, Avery has no clue that his actions will lead her into a passion-charged summer, full of temptation and loss.
Defiant and relegated to work at her aunt’s boarding house, Avery discovers a connection between her aunt and the striking boy. He and his brothers are seeking revenge for the wrongful death of their sibling, and Avery becomes entangled in their battle over oil rights, loyalty, and love.  Avery falls for the brooding, younger brother, Gabriel Halden, against her aunt’s forewarnings and creates more tribulations than any of them could anticipate.

Excerpt:
I was pretty confident the vulgar obscenities scribbled across my forehead with black indelible marker got me this righteous seat on the Empire Builder heading to the flat, endless, barren nowhere land of the Midwest. But I could have been wrong. I was known to be wrong.
I’d inadvertently kicked my ferocious texting habit cold turkey and wiped out all my summer plans in one unfortunate, random weekend. My parents wouldn’t listen when I swore to China and back that I was sober at my best friend Janie’s end-of-school party when some drunken joker, whose lame advances I probably shot down a gazillion times, decided to use my face as a canvas. I insisted that I simply fell asleep following a demanding cross-country meet.
I failed to see what was so horrible.
I failed to see why I was being punished.
On top of that, it wasn’t my fault I got caught cutting the last week of my junior year of high school after somebody spread a venomous rumor about me that I couldn’t stomach to repeat.
Since my original outburst when I learned I would be spending the summer of my seventeenth year with my Aunt Meggie in North Dakota, I held silent, communicating only with gestures and grunts. I could hardly swallow the truth. They were sending me to help out in the wake of the oil boom. Whatever that meant. Don’t get me wrong, Meggie was my favorite aunt, but who in their right mind would want to spend summer vacation maintaining a boardinghouse for lowly oil field hands?

Find out how one brief encounter with a pair of hazel eyes sets off the stormiest summer in Avery’s life. 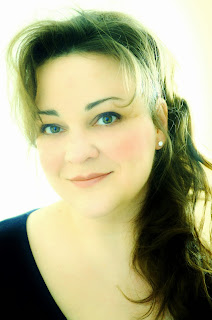 Jeanne Arnold is an author of young adult romance. At a young age she found her creative outlet in art, and for years her fictional characters came to life in drawings and paintings, until they demanded a voice. Now they grace the pages of her stories. Jeanne shares her time with her fictional teenage counterparts and her human family in Central New York. Her young adult romance Stubborn is available now. The Haunt of Thirteen Curves will be released in June, 2014.

Posted by Cathrina Constantine at 7:05 AM