A Touch of Winter

A Touch of Winter 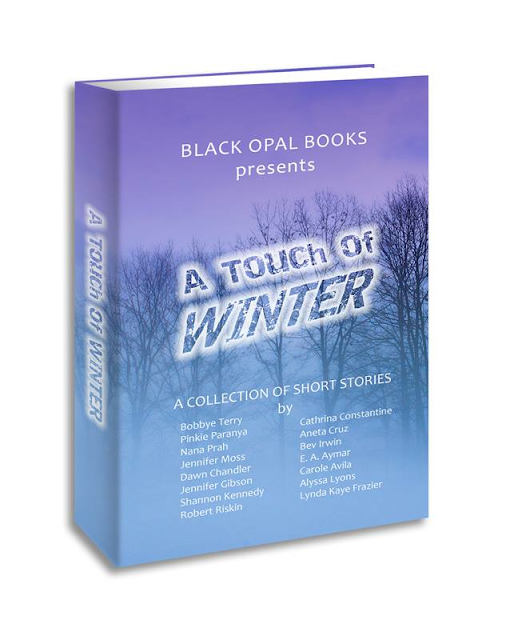 This Holiday Anthology is full of delightful short stories by gifted authors. Here are a few blurbs:

Christmas Lovin' by Nana Prah: Rantha has been in love with Craig since college, but he only sees her as a friend. In order to not risk losing their close friendship, she adores him only in her heart until he invites her to his company's legendary Christmas party as his fake fiance to help him get promoted. Will their play kisses under the mistletoe turn into something real?

Home for Christmas by Shannon Kennedy: Stewart Falls, Washington is where Nikkie Tiernan long to go. She's tired of being bounced around her dad's family since he's remarried and her mom is still oversear with the U.S. Army. All Nikki has to do is buy a bus ticket--or so she thinks. But when a mysterious stranger claims the seat next to her, Nikki begins to fear her adventure may not go as planned.

Three Men by E.A. Aymar: It's Christmas Eve in Baltimore and a contract killer nicknamed Switch has a job to do: before the night is over, she is going to kill a man. But tonight's job takes an unexpected turn, and forces Switch to confront something she never has--can she continue this life?
Unfortunately, the answer to that question is taken out of her hands...

Bittersweet Blessings by Cathrina Constantine: The formidable Wisconsin winter of 1892 stifles Christmas spirit and the family's anticipation of a new baby. Life and death weighs in the balance during this bittersweet holiday.

We are all excited for the release of A Touch of Winter!


Posted by Cathrina Constantine at 9:48 AM