I Pledge Allegiance to the Flag of the United States of America and to the Republic for which it stands, one nation under God, Indivisible for Liberty and Justice for All.

The original Pledge of Allegiance was written by Francis Bellamy. It was first given wide publicity through the official program of the National Public Schools Celebration of Columbus Day, which was printed in The Youth's Companion of September 8, 1892, and at the same time sent out in leaflet form to schools throughout the country. 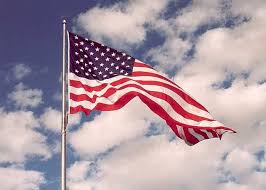 Be Proud Americans!
Posted by Cathrina Constantine at 6:38 AM