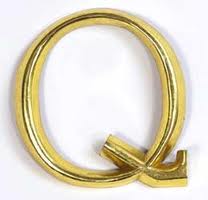 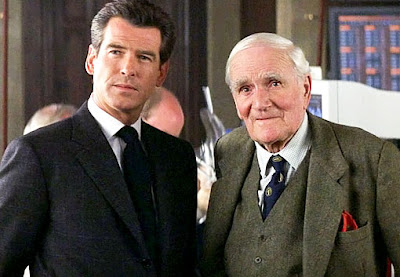 Pierce Bronson as James Bond and Desmond Llewelyn as Q 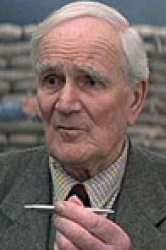 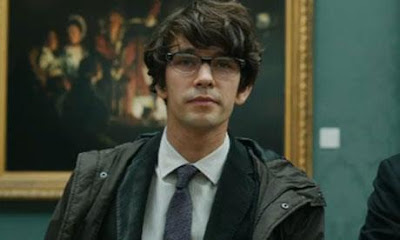 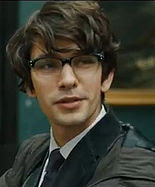 I'm a movie buff, and thrillers like the Bond movies which are imbued with fast paced intrigue gets my heart pumping. In Bond, James Bond, one of my favorite scenes is when Q instructs 007 on his new inventions/gadgets, and how to use them. If you feel so inclined to glance over them, they are truly amazing. I've listed the gadgets/inventions from Dr. No, Goldfinger,and the last Skyfall for a comparison in time.

Geiger counter
Bond has to request one from Britain before using it to determine the radioactivity of Crab Key, suggesting they were an uncommon piece of equipment.
Self-destructor bag
M tells Bond that the case notes will be sent to him at the airport in one of these.
Rolex Submariner
on plain leather strap.[1]
Walther PPK 7.65mm
The first appearance of James Bond's signature firearm.

AR-7 .22 Survival Rifle With Scope
Tilly Masterson, Jill's sister, used the AR-7 to try and kill Goldfinger.
Homing beacons
Bond is given two homing beacons from Q-branch. The first is larger and used when Bond tracks the villain, Auric Goldfinger, to his base. The second is smaller and allows MI6 to know where Bond is. Bond hides it in a secret compartment in the heel of his shoe. Later, Bond removes it from the shoe and attempts to send a message to headquarters by wrapping the note around the transmitter and slipping it into someone's pocket. The plan fails because the pocket's owner is killed and disposed of in a car crusher, which presumably destroys the device.
Attaché case
Reference is made to Bond having an attaché case (see also previous film) that Bond is told was damaged or possibly destroyed when examined by Goldfinger's personnel. Most likely it was opened improperly and then exploded during the examination.
Bowler hat
Oddjob, Goldfinger's henchman, uses a special bowler hat with a metal ring inside the brim as a throwing weapon. The hat is capable of slicing through stone and metal or break a person's neck when thrown hard enough.
Rolex Submariner
on a Nato G-10 strap with grey and black stripes.[1]
Industrial Laser
Used by Goldfinger trying to kill Bond. Powerful enough to put a laser dot on the moon, but at very close range able to cut through steel. This laser was later used to cut open the vault of Fort Knox. This film showcases the very first of its kind, as this weapon takes on various forms throughout the James Bond series.
Gold Plated Gun
While not the same one that Francisco Scaramanga uses, this is the pistol with which Goldfinger shoots out an airplane window, inadvertently killing himself.[clarification needed]
Atomic Bomb
Used to contaminate the Fort Knox gold supply utilizing optimum lethal radiation, but with as least amount of explosive force.
Nerve Gas Canisters
Outfitted to aircraft belonging to Pussy Galore's Flying Circus. Goldfinger intended to disperse Delta-9 nerve gas to kill the military personnel at Fort Knox ( though he lied to the mafia members it would anesthetise the soldiers for 24 hours, then kills the mobsters with it). Later Pussy Galore replaces the gas with an anesthetic that only lasts ~30 minutes.
Wetsuit with rubber duck on top piece
An almost comical attempt at stealth (for which Bond displays sharp disapproval in the manner by which he casts it aside). Bond uses this as a cover to infiltrate an enemy facility.

Walther PPK/S 9mm short
A version equipped with a palm-print reader, only enabling the gun to fire when it detects Bond's palm-print.
Radio transmitter
A simple radio transmitter that allows MI6 to track Bond's location when activated. Bond expresses his disappointment at the poor selection of gadgets at his disposal from the new Q (Ben Whishaw), who explains that Q branch no longer go in for "exploding pens".
Aston Martin DB5
Presumably the same DB5 that Bond won in the Bahamas in Casino Royale, the car has since been equipped with familiar features from its first appearance in Goldfinger - Bond jokingly threatens M by exposing the gear lever-mounted ejector seat button while she is seated in the passenger seat, and its hidden machine guns are used during the climactic battle with Silva.

These vehicle gadgets were featured on the film:

AW101 Helicopter
Silva's helicopter, equipped with a Public address system in the undercarriage intended to play music very loud while hovering over its intended target zone.

Walther PPK / P99 / PPK/S
Walther firearms have had a long and storied history with 007. First issued in the film Dr. No, this semi-automatic double action pistol was intended to replace Bond's .25 ACPBeretta pistol after it backfired and caused him injury to his chest. This pistol has an overall weight of 590 g (21 oz) and a calibre of 7.65mm (.32 ACP). Bond was threatened to be demoted to standard intelligence duties unless he accepts use of the pistol. Bond later upgrades to a Walther P99 9 mm semi-automatic pistol in the film Tomorrow Never Dies before exchanging it for the traditional PPK in the film Quantum of Solace . In Skyfall, Q issues a new weapon to Bond - a Walther PPK/S 9mm short with a built in optical palm reader exclusively encoded to 007's palm print, ensuring 007 is the only one that can fire the weapon, making the new Walther a true signature gun.
Rolex/Seiko/Omega Seamaster Wristwatch
Standard wristwatch complete with several different gadgets ranging from lasers, communication devices, homing beacons, explosives, etc. Made standard to all 00 Agents and has aided and saved Bond in several dangerous situations. Former 00 Agent Alec Trevelyan also uses a watch similar to Bond's.
Briefcase
Made standard by Major Boothroyd in the film From Russia With Love. Contains several gadgets built in and is used by all MI6 personnel.
Pager
Used to contact Bond when needed for new assignments. It comes in many forms from a key chain to a wristwatch.
Safe Cracker
a pocket device used to open safes.
Mini Camera
used to take small reconnaissance photos of various blueprints and strategic locations.
Homing Device
Placed in various different locations on Bond's clothing and/or gadgetry.
Aston Martin DB5
Signature vehicle of James Bond, as seen in several films all containing various Q Branch gadgetry.
Laser Technology
A number of Bond films have portrayed MI6 and their opponents to experiment with Laser Technology. Laser gadgets could be small enough to fit on one of Bond's many Q-Branch watches to industrial sizes being fitted on various types vehicles and air/spacecraft.

Posted by Cathrina Constantine at 7:13 AM